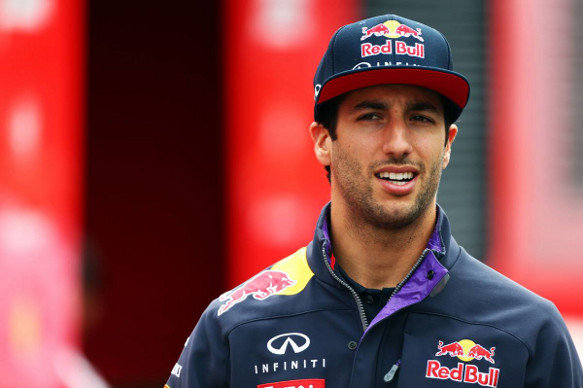 Daniel Ricciardo finally broke his Monaco Grand Prix duck with a remarkable drive in a wounded Red Bull, somehow holding off Sebastian Vettel and Lewis Hamilton to secure his second victory of the season.

Pole-sitter Ricciardo was in control through the first part of the race but then had to limp around the iconic streets with an engine problem for a staggering 60 laps, taking his first Monaco win in incredible fashion.

The Australian was losing around 20mph to his rivals on the straights, but though Vettel was consistently within touching distance after the Red Bull suffered the MGU-K complaint, he could not squeeze his Ferrari past.

“I felt a loss of power and thought the race was done,” admitted Ricciardo, who claims he suffered the issue on Lap 18 when four seconds ahead. “I was only using six gears.”

In a revelation that made Ricciardo’s controlled drive all the more impressive, Christian Horner told Sky F1 that Red Bull nearly immediately retired his car after discovering he had lost 25% of its power.

“He was pulling away from Hamilton with no MGU-K – he drove an unbelievable race,” said the Red Bull boss. After a late Virtual Safety Car, Ricciardo eventually won from Vettel by seven seconds.

Hamilton also looked to be in contention for Mercedes but fell away in the closing stages as he struggled for grip after running longer on ultrasoft tyres, with his championship lead over Vettel cut to 14 points.

Kimi Raikkonen hung on to fourth despite Valtteri Bottas’ best efforts, while Max Verstappen gained 11 places to finish ninth after starting at the back of the grid.

Verstappen, running in an evidently quick Red Bull car, was under pressure after a poor Saturday but insisted he “maximised the result” in the race with several fine sweeping overtaking moves.

Esteban Ocon made the most of his fine qualifying by keeping hold of sixth place, with Pierre Gasly an impressive seventh for Toro Rosso after taking advantage of Fernando Alonso’s first DNF of the season.

Alonso, while attempting to keep Gasly’s Honda-powered car at bay, suffered a gearbox issue in another frustrating afternoon for McLaren – with Stoffel Vandoorne down in 14th.

Alonso’s retirement on Lap 52 was, unusually at the jewel in F1’s crown, the first of the race. But, as ever, there was chaos to follow in Monte Carlo when Charles Leclerc smashed into Brendon Hartley at the Nouvelle Chicane.

There was a puff of smoke out the back of Leclerc’s Sauber as, at his home race, he suffered a brake failure when heading into a rare high-speed corner. What followed was heavy damage, and a Virtual Safety Car.

Luckily for Ricciardo that VSC didn’t have an impact on his race, with the leading cars opting against a late pit-stop.

it was another nightmare Sunday for Williams, meanwhile. Sirotkin, starting 13th, was quickly serving a 10-second stop-and-go penalty for fitting his tyres too late pre-race, while Lance Stroll suffered two punctures.

They were the last drivers to finish the race.

Ricciardo quite rightly lapped up the praise following his performance. A polar opposite win compared to China’s overtaking masterclass, this was a driver staying cool under immense pressure, using the raw pace of his chassis.

Horner even compared the drive to Michael Schumacher’s memorable Spanish GP in 1994, when the German finished second despite being stuck in fifth gear.

Ricciardo spoke of “redemption” having failed to convert his only other F1 pole position into victory at the 2016 edition in Monte Carlo, with a botched pit-stop angering him to this day.

More in Formula One

Ricciardo Storms To Pole In Monaco
Red Bull To Pick Either Of Honda Or Renault
WP2Social Auto Publish Powered By : XYZScripts.com
Translate »
Youtube