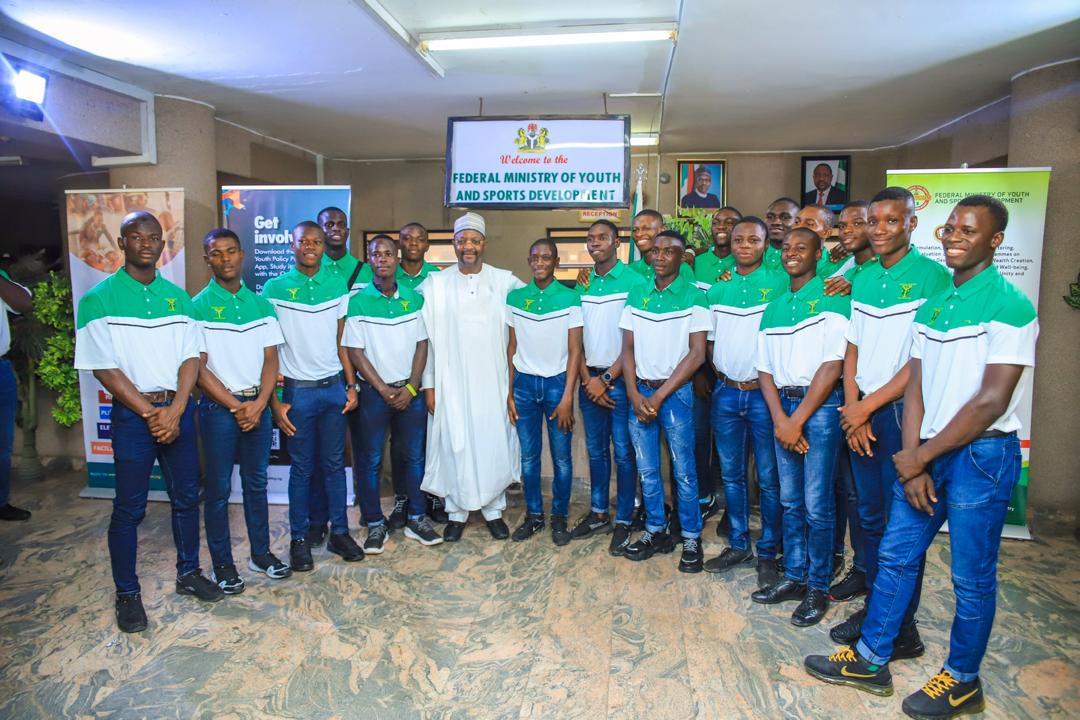 The Nigeria Cricket Federation (NCF) has announced the final list of players for the 2020 ICC U19 Cricket World Cup in South Africa.

The 15-man Junior Yellow Greens Squad is led by head coach Clive Uthe Ogbimi and captained by long-standing captain and vice – captain of the senior side Sylvester Okpe.

Three players have also been placed on a standby list to provide cover for the main team ahead of the tournament which is scheduled for 17 January – 9 February 2020.

The Junior Yellow Greens made history earlier in the next year when they overcame astonishing odds to become the first Nigerian team to qualify for a global cricket tournament emerging from two sets of qualifiers without losing a game.

They have been grouped in Group B alongside Australia, England and West Indies in the tournament that showcases the world’s future cricket stars.

Nigeria will begin their campaign against Australia on 20 January at the Diamond Oval in Kimberley at the 16-team tournament which will be played through 24 days, across four cities and eight venues.

Meanwhile, ahead of the team’s departure for the tournament, NCF president Professor Yahaya Ukwenya presented the players and officials of the Yellow Greens to Sports Minister Sunday Dare in Abuja in Friday.

“The first time in a hundred years, that for me is a very important milestone in sports development in this country,” Dare said referring to the team’s feat of being Nigeria’s first ever team to make a global cricket event.

‘It also signposts the fact that this country is a bundle of talents. The number of talents we have in this country just in the sports arena alone is massive. It shows that there’s nothing when it comes to sport that Nigerians put their hands on that they cannot excel.”

He expressed optimism that though the team has been grouped with tough teams, they would excel at the competition. “This team will go there and do Nigeria proud. They are going there not for trials but to compete against the best”, he said.

“When you look at the profiles of these teams, it is very intimidating but you must play the game and win. Sometimes when you lose, you have also won because you have competed with the best. The fact that you are on the same platform and pedestal at the World Cup shows that you are good enough to compete so bear that in mind when you step out to play.”

Dare on behalf of the Sports Ministry and the Federal Government thanked the team and Federation as a whole for the sacrifices they have made and urged them not to relent because their efforts would not go unnoticed. He also intimated the gathering that efforts were on to secure private partnerships for funding for the Federation.

“When you return, no matter what happens at the competition, I and all the Directors at the Ministry will take you to see Mr. President”, he promised.

The President of the Cricket Federation who spoke earlier, presenting the Under-19 team to the Minister, said, the team’s qualification process started in August last year with the Division 2 Africa Qualifiers as underdogs and emerged victorious. “We were then invited to play the African finals in March this year and against all odds, these boys won the tournament, winning all matches of the tournament”, he said.

He added that the boys have been in camp for over two years and have made sacrifices and suffered losses but have not relented.

Ukwenya said the Junior Yellow Greens have consistently surpassed expectations and expressed hopes that their achievements will open the doors to many Nigerian teams appearing in International Cricket Council tournaments and World Cups.

The 13th edition of the tournament will feature a similar format used in previous editions, with the second phase dividing the teams into Super League and Plate tournaments. The top two teams from each of the four groups advance to the Super League while the remaining teams feature in the Plate championship.

The JB Marks Oval in Potchefstroom will host two Super League quarterfinals, both semi-finals and the final.

The top 11 full Members in the last edition in New Zealand and the five regional champions, who have qualified for the event, will also play warm-up matches from 12-15 January in Johannesburg and Pretoria.

India have won the title four times, Australia have won three times, Pakistan have won it twice while England, South Africa and the West Indies have won once each.