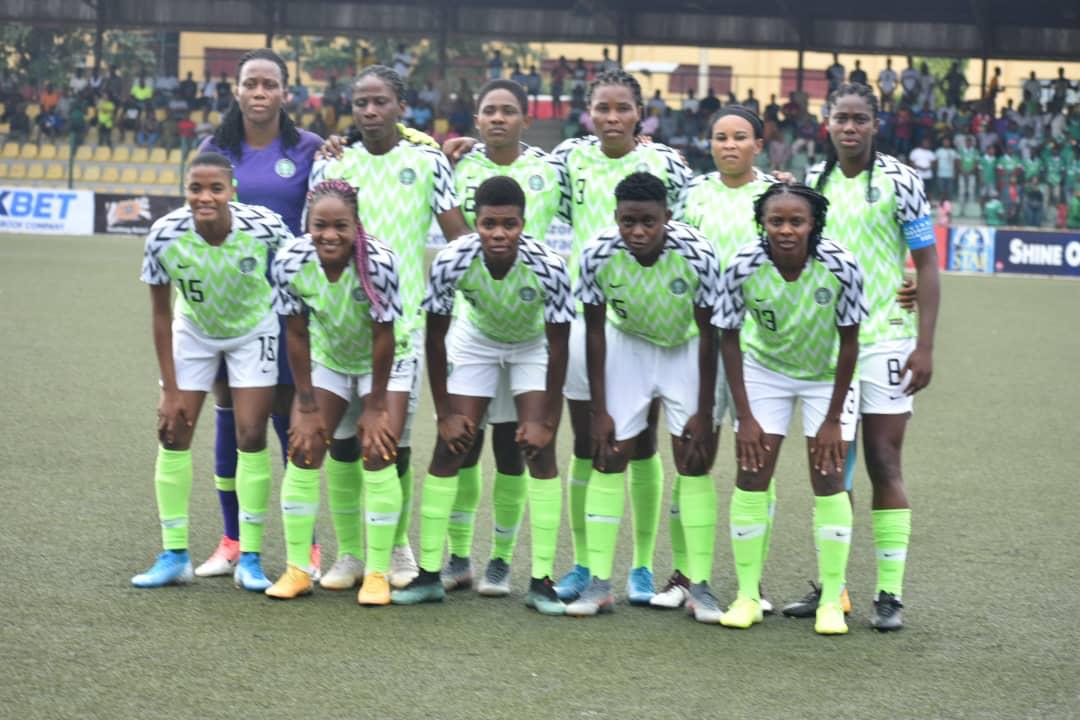 Nigeria’s Senior women national team Super Falcons will face either of Togo or Niger in the second round of the 2020 Africa Women Cup of Nations Qualifiers scheduled to commence November 23 and end December 1st.

The draws were conducted on Wednesday, December 4, 2019 at Cairo, Egypt. However, the competition is yet to have a scheduled venue after Congo wrote to CAF about their inability to host the tournament.

For the first time, 36 nations will be battling to take part in the main event after Confederation of African Football (CAF) announced the expansion of the tournament from eight to twelve teams to allow for the development of women football.

Defending champions Nigeria were omitted from the first round of the qualifiers and will await the winner of the Round 1 encounter between Niger and Togo.

Also, 2018 hosts Ghana, two-time champions Equatorial Guinea, South Africa, Ivory Coast, Cameroon, Mali and Morocco have been given first round byes and will be part of the qualifications in the second round.

Nigeria laboured to beat South Africa one year ago to win their 9th AWCON title.

However, the team failed to secure qualification for the Tokyo 2020 Olympics shortly after former Coach Thomas Dennerby resigned.