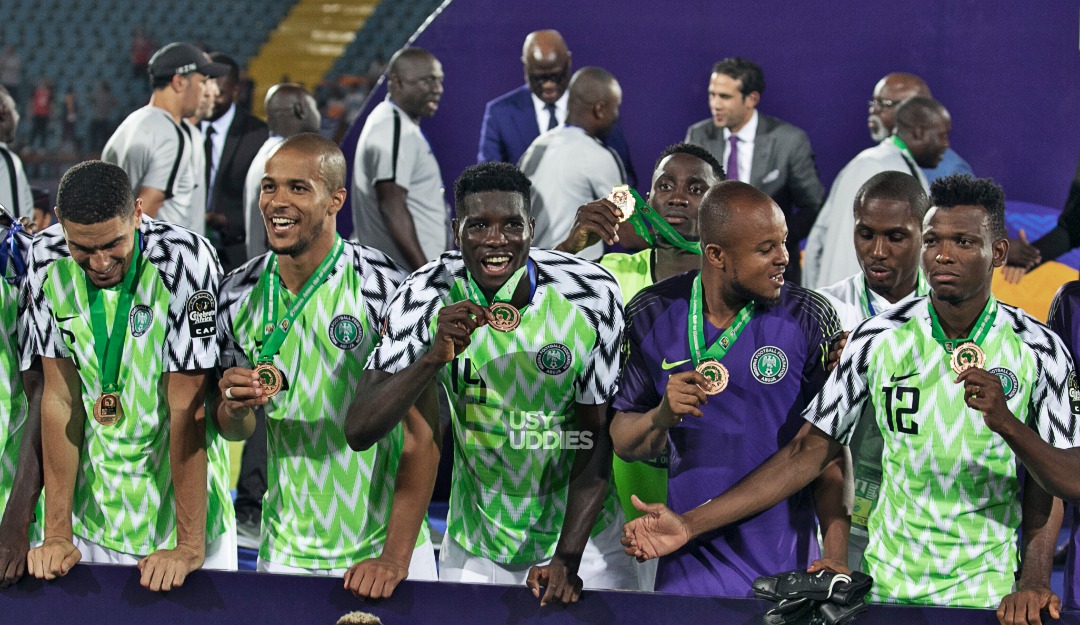 The Super Eagles of Nigeria have dropped one spot to 35th in the world in the latest FIFA men’s football world rankings released on Thursday.

The three-time African champions failed to improve their position despite playing a 1-1 draw with five-time world champions Brazil in their last friendly match in Singapore.

Nigeria occupy third spot in Africa behind Senegal and Tunisia who occupy the top two positions.

Meanwhile, the top four positions on the World Rankings remain unchanged from September with the only movement from Uruguay taking the place of Portugal in the top five.

Belgium are still at number one while world champions France in second place. Five-time world champions Brazil are third in the world, while 2018 World Cup semifinalists England remained in fourth position. Uruguay move one spot up to fifth.