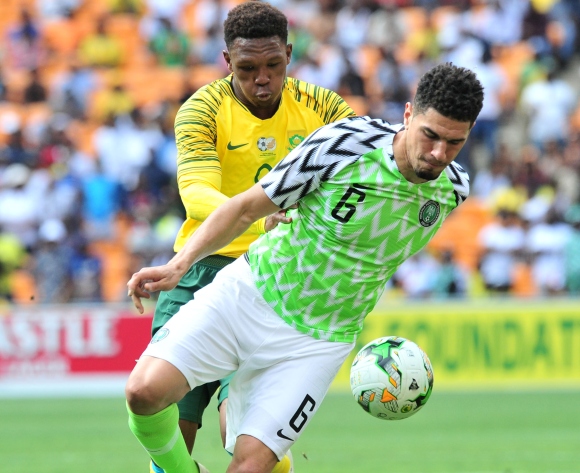 Super Eagles’ backroom staff are fretting over the latest injury to star defender, Leon Balogun ahead of the African Cup of Nations (AFCON) qualifier against Seychelles, reports allnigeriasoccer.com.

Nigeria will take on Seychelles in an AFCON qualifier on March 21 at the Stephen Keshi Stadium in Asaba and then take on Egypt in an international friendly at the same venue four days later.

Balogun is rated as doubtful to take to the pitch when Brighton & Hove Albion travel to Leicester City in the next round of matches in the English Premier League. The 2018 World Cup star has returned to the treatment room after suffering a shoulder injury in training ahead of the Seagulls Emirates FA Cup clash against Derby County.

Brighton & Hove have not confirmed how long Balogun will be sidelined but Super Eagles coach, Gernot Rohr will be concerned about the fitness of the central defender as he is expected to announce his roster for the upcoming games against Seychelles and Egypt within the next 18 days.

The 30-year-old only recently recovered from illness before this latest setback.

The German-born Nigeria international has been unfortunate with injury timing in the past having been left out of the 2014 World Cup in Brazil due to a metatarsal injury and he was not considered for the 2017 AFCON qualifiers against Tanzania and Egypt after suffering injuries.

Balogun was not available for selection against Togo and South Africa in June 2017 due to a thigh complaint and suddenly fell ill just before a pre-World Cup friendly versus Serbia.