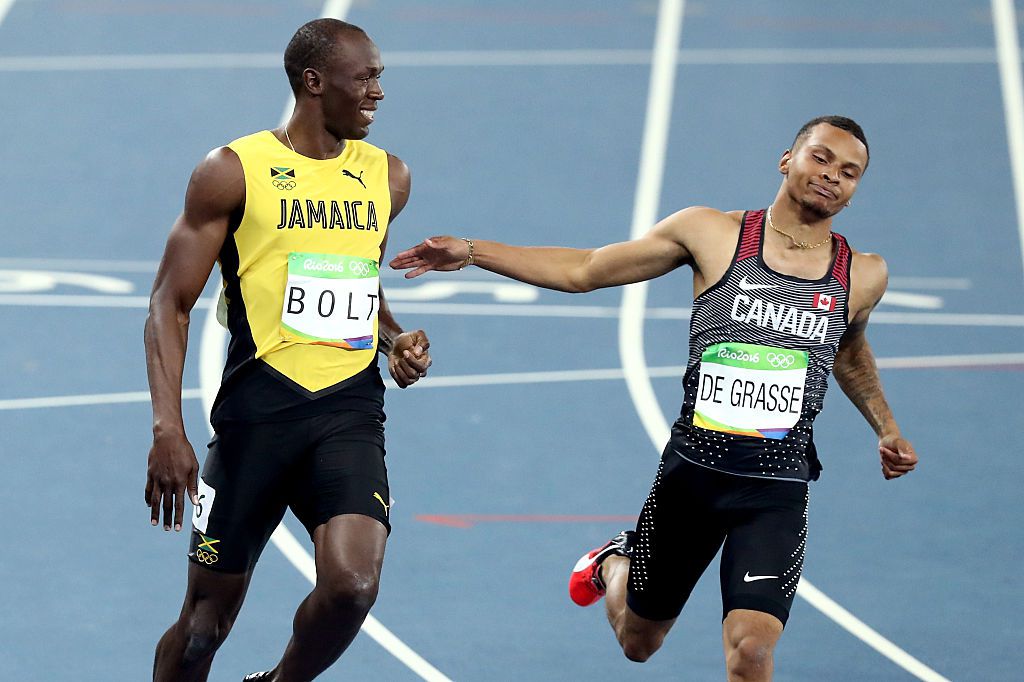 De Grasse, widely regarded as one of Usain Bolt’s prominent rival, finished second behind Bolt in the 200m and third in 100m at the Rio Olympics in 2016.

Announcing the injury, De Grasse said: “Injuries are a part of the sport, and the timing of this one is especially unfortunate,”

“The entire year this 100m race in London was my focus. I am really in the best shape of my life and was looking forward to competing against the best in the world. To not have this opportunity is unimaginable to me but it is the reality I am now faced with.”

Full statement from @De6rasse. Classy closing comments, the team looks forward to having you behind them. #London2017 pic.twitter.com/vycYYX7wCp

The 22-year-old’s sad circumstances were further explained by his manager, Paul Doyle, who says: “We tried to do everything we could to have him ready but he’s just not going to be ready.”