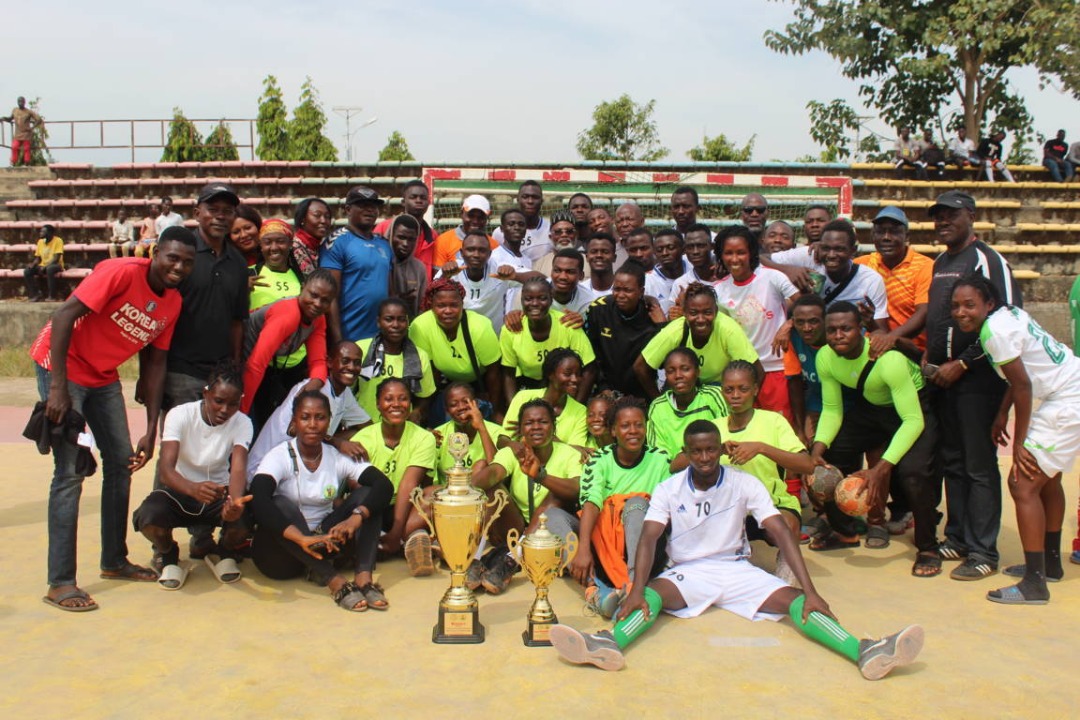 New champions have emerged in the National Division One Handball Championship with Confluence Stars and Kwara Adorable Angels lifting the trophy in the men and women’s categories respectively.

Confluence Stars defeated Delta Force 27-17 in the men’s final played on the courts of the Muritala Muhammad Square, Kaduna on Thursday to lift the trophy.

Both sides had already earned promotion to the Prudent Energy Premier League by making the finals.

In the women’s final, Kwara Adorable Angels who had steamrollered opponents on their march to the final without losing a game faced the stiffest opposition they have encountered in the tournament against Benue Queens in a final which lived up to its billing.

Despite putting up a brave fight, Queens were unable to stop the juggernaut of the Angels machine as the Kwara team edged a tight contest 39-37 to be crowned champions.

In the men third-place match, Police Machine defeated Bayelsa United 35-26 while Confluence Queens won the equivalent in the women’s draw by the skin of their teeth barely escaping with a 17-16 victory over Delta Force Queens.