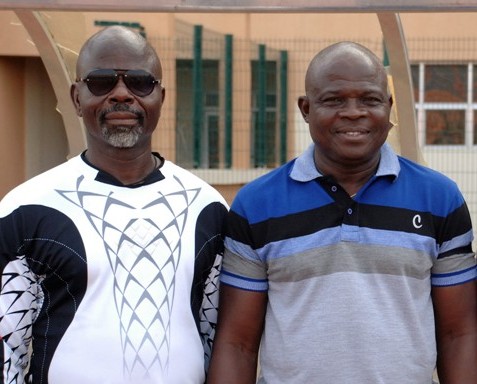 The former Rangers defender, fondly called ‘Surugede’, will take charge of the 7-time NPFL champions till the appointment of a substantive Technical Adviser.

“There is no room for any vacuum and Ugwu has shown through his actions and technical contributions that he has what it takes to lead our team on a care-taker basis,” Rangers’ General Manager Davidson Owumi, said.

“As a senior national team player, Benedict distinguished himself. As a player of Rangers, he was full of the ‘Never Say Die’ spirit. Even when he took his game oversea, he was a great ambassador of club and country. When he came back, he showed some great stuff with the feeder team. Naturally, it is the belief of management that he has what it takes to guide us before a substantive technical adviser come around.”

‘Surugede’ came to the limelight with the famous Benue Cement Company (BCC Lions) where he shorn like a million stars to help the Gboko side to a national Challenge Cup title and CAF Cup triumph in 1990, the same year he won the best player award in the country and third best play on the continent.

Ugwu, who spent 10 years at the Enugu side, was an integral member of the team that won the national Challenge Cup (now Aiteo FA Cup) in 1983 and 1984 before moving to El-Kanemi Warriors and 3SC where he also excelled before venturing overseas.