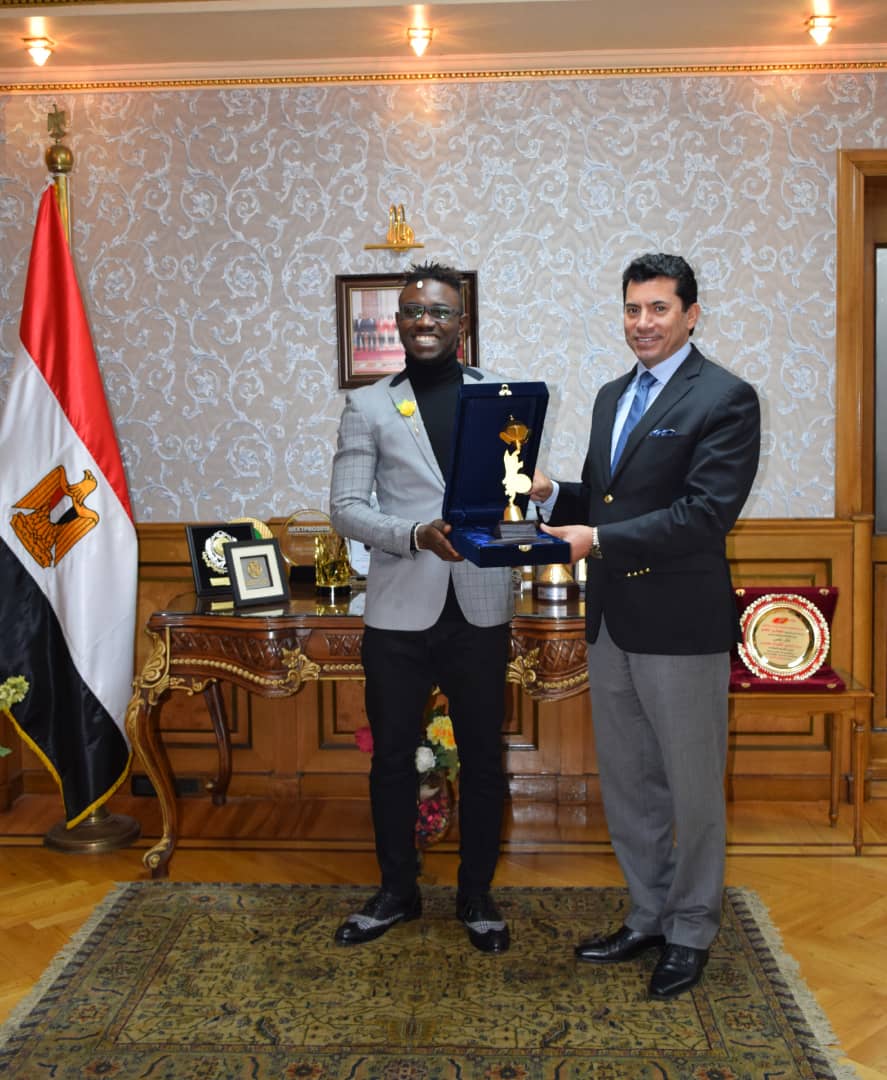 Nigerian journalist David Oku has been honoured by the Egyptian Ministry of Youth and Sports at the inaugural Excellence Awards for Young Journalists in Cairo, Egypt.

Oku who works with radio station Flo 94.9fm in Umuahia, Abia State finished in second place in the African Media category of the awards for journalists who covered the 2019 AFCON and are under the age of 40 years.

The award, the first of its kind for sports journalists, is the brainchild of Egypt’s Sports Minister Dr Ashraf Sobhi and was organised to recognise and celebrate the AFCON related works of young Egyptian and African journalists and the media houses that covered the Nations Cup in Egypt.

The submissions of eligible journalists were assessed by a jury of media houses and journalists who then picked the top three works in different categories.

Speaking after receiving his award from Dr Sohbi in Cairo, Oku acknowledged the support of his radio station and the government of Abia State and expressed gratitude to Egypt’s Sports Ministry for bestowing him with the honour.

“I am extremely honoured to be receiving such an important award,” Oku said. “I have faced several challenges on my way here but each one of them has only strengthened me to make me the person I am today.”

“I sincerely thank each one of you starting from the Egyptian Ministry of Youth and Sports for the enabling environment during the AFCON, the government of Abia State for their support, the Chairman and acting manager of Flo 94.9fm Umuahia for their encouragement, family friends and well-wishers for helping me reach this stage.”

The 2019 Africa Cup of Nations held between 19 June and 21 July in Egypt and was won by Algeria who defeated Senegal in the final. Nigeria finished in third place.