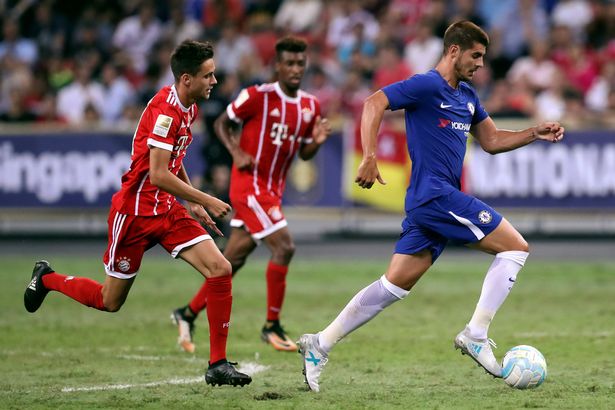 Chelsea boss, Antonio Conte has noted that it, is too early to judge Alvaro Morata’s impact at Chelsea.

The £70m signing made his debut for Chelsea in the 3-2 pre-season friendly loss to Bayern Munich on Tuesday, coming on as a second half substitute in the 63rd minute.

“It’s too early to speak about the impact of Morata,”

“He has only been with us for two days and he needs time to work and find his feet and to understand our way of playing.” Conte told reporters after the game.

The 23-year old striker couldn’t make it a dream debut by finding the back of the net but provided the assist for Chelsea’s second goal with a flicked header for Batshuayi to tap home.

Conte continued: “But he showed a will to win, to fight and adapt to our style of play. For us, he’s a good buy. We need to give him time to adapt, but we must be pleased with his performance today.”

Bayern Munich went 3-0 up inside 26 minutes against Chelsea in the International Champions Cup game, as the introduction of Morata proved too little too late for the Blues, who eventually lost 3-2.