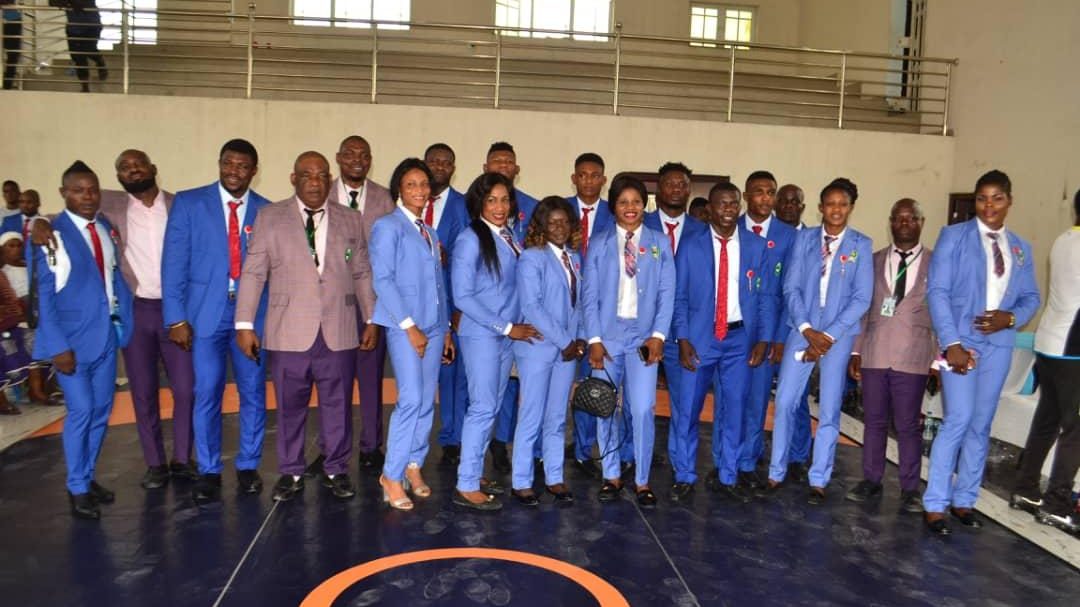 President of the Nigeria Wrestling Federation (NWF) Hon. Daniel Igali has charged the country’s wrestlers and coaches to the 12th African Games in Morocco to ‘give your best efforts’ when hostilities resume in the Northern African Nation.

Igali gave this charge at the unveiling ceremony of Nigeria’s wrestling team to the quadrennial multi-sport event which took place in Yenagoa, Bayelsa State recently.

A total of 16 athletes (6 females and 10 males) and 5 coaches, as well as 2 officials, will fly Nigeria’s flag in wrestling at the Games in three styles; Women Wrestling, Freestyle, and Greco Roman, and the Olympic champion believes their ‘best efforts’ will bring glory to the country.

“If an athlete leaves the mat, and feels that they could have done more, they’ve cheated themselves. And that is our philosophy on the mat and that’s how we train. So, that is the same echo, that is the same reminder that I will give to the athletes and also to the coaches who will be by their side, to remind them constantly to leave everything on the mat.”

Responding on behalf of the athletes, captain of the men’s team and 5-time African champion Amas Daniel promised that the wrestlers will give their all in Morocco to ensure they bring glory back home.

“We will put in our 100% (effort) when we get to Morocco. And when we go out to fight, we will give our 100%, believing that our 100% will not bring bronze, will not bring silver, but will bring gold medals,” Amas promised.

At the last edition of the African Games in Brazzaville, Congo, 23 Nigerian wrestlers won 19 medals (9 gold, 5 silver, and 5 bronze medals).

The contingent is expected to depart the shores of Nigeria for Morocco on Wednesday, 21st August.