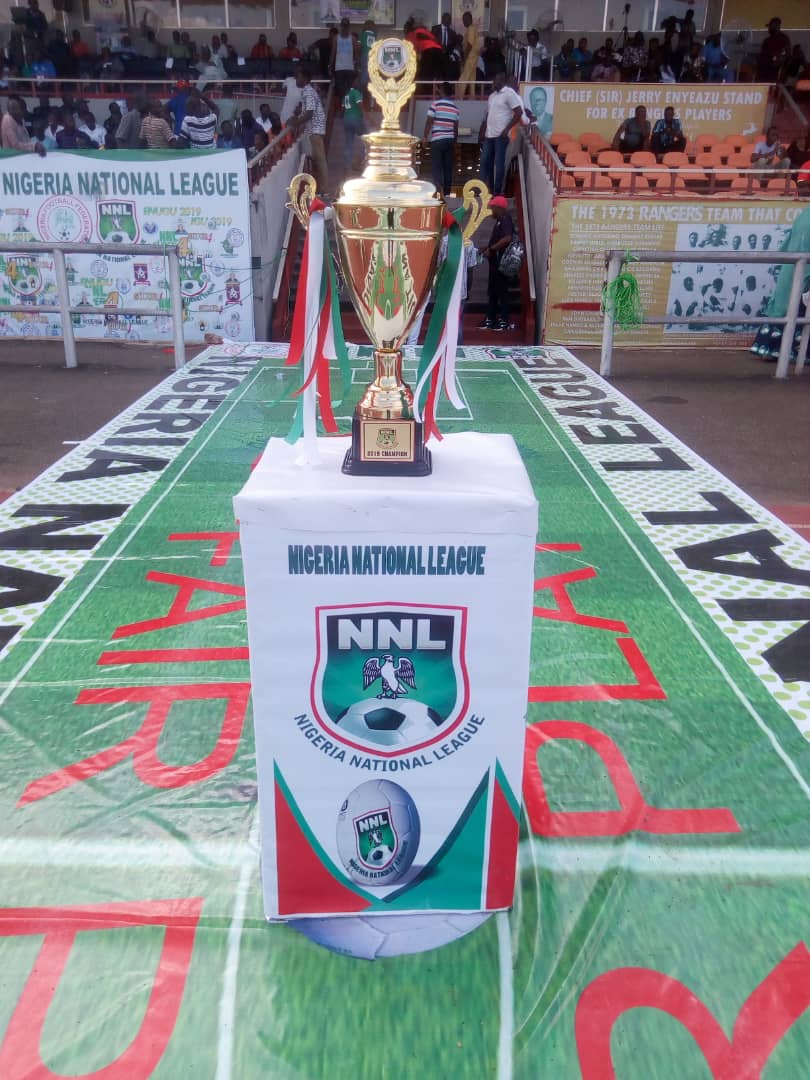 Akwa Starlets are the 2018/2019 Nigeria National League (NNL) champions after they defeated Adamawa United 2-0 in the final of the NNL Super 4 tournament at the Nnamdi Azikiwe Stadium, Enugu on Sunday.

The Akwa Ibom based side found themselves ahead after 32 minutes when Adamawa United’s Nanushi Daniel put the ball through his own net as he desperately tried to keep out Moses Achare’s cross.

Things went downhill for United from then onwards as Moses Achare was again instrumental in Akwa Starlets second goal with his sweetly taken corner kick finding the head of Utibe Arit in the second half.

Akwa Starlets held on for the win to be crowned champions of Nigeria’s second tier.

Earlier, Jigawa Stars beat Warri Wolves 2-1 in the playoffs of the tournament at the Nnamdi Azikiwe Stadium, Enugu.

All four teams will compete in the 2019/2020 Nigeria Professional Football League (NPFL) season.