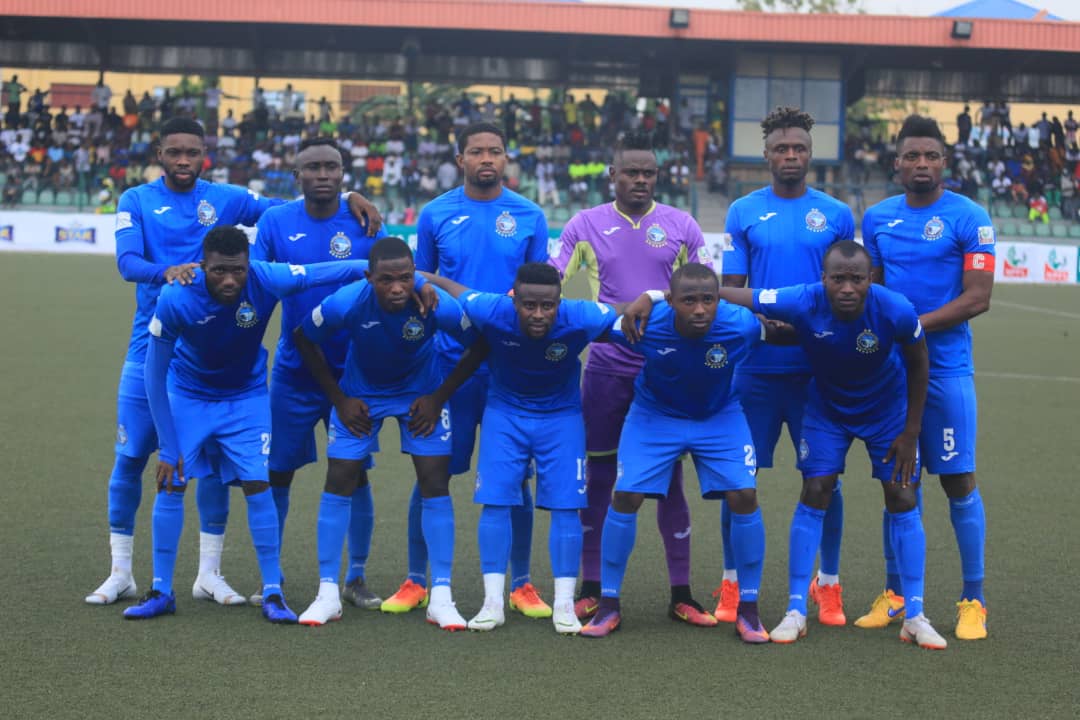 Nigerian champions Enyimba find themselves in a precarious position in the 2019/2020 CAF Champions League (CAFCL) after they were held to a goalless draw by the ten men of Al Hilal Omdurman in the first leg of their first round encounter at the Enyimba Stadium, Aba.

Despite the visitors suffering a red card in the 20th minute after Bazar Hamid Nassir was shown a red card for an off the ball incident, Enyimba found it impossible to breach the resolute defence of the Sudanese side who held firm for seventy minutes to put themselves in a strong position ahead of the second leg.

Enyimba who welcomed back home fans to the stadium after they played their last home tie behind closed doors started with plenty intent and fashioned a chance after 4 minutes with Nelson Ogbonnaya hitting the side netting from a perfect cross from Stanley Okorom.

Reuben Bala, Austin Oladapo and Okorom all had good chances in a first half which the home side dominated completely but Al Hilal held firm to keep the Peoples Elephant at bay.

Usman Abd’Allah’s continued their dominance of the ten men of the visitors in the second half but not even the introduction of forwards Bashir Abdulrahaman, Martins Usule and Cyril Olisema could help them fashion a way through as the match ended goalless to leave the Aba side in a dangerous position ahead of the return leg in Sudan.