U23 AFCON: Gernot Rohr Opens Up On Imama Amapakabo’s Struggles 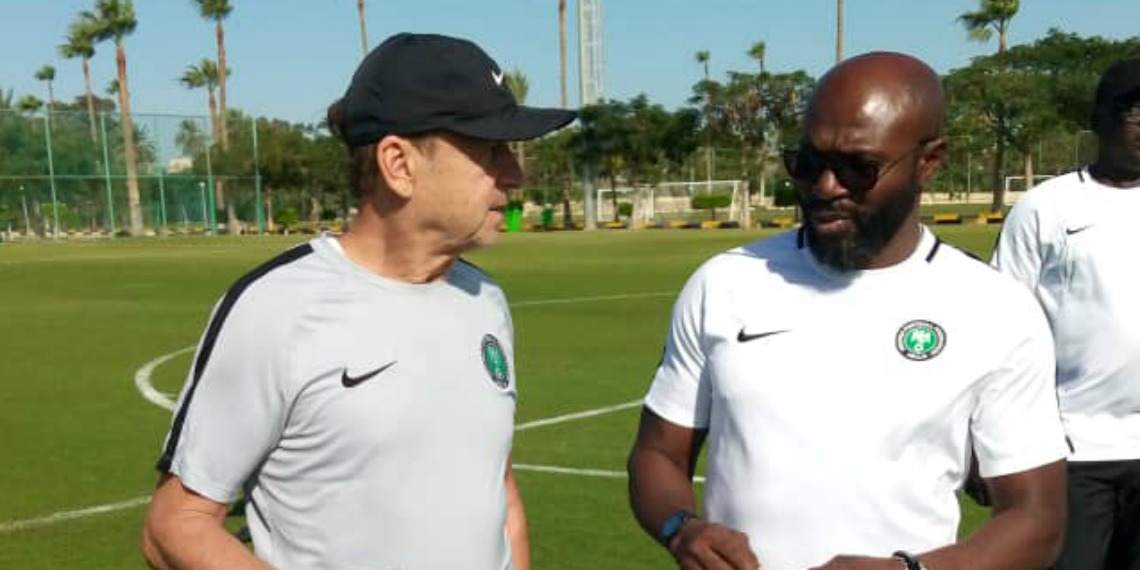 The large number of players aged 23-years and under in Nigeria’s Senior national team means the Olympic Eagles are starved of the country’s best players in that age-bracket which could explain their struggles in Egypt, Super Eagles Coach Gernot Rohr says.

Rohr revealed that the age average of players at the last encounter executed by the Super Eagles in Singapore against Brazil was 23.6 with 90 per cent of that squad recalled for the 2021 Africa Cup of Nations qualifying encounters against Benin Republic and Lesotho.

The Franco-German stated that a greater percentage of Nigeria’s best legs under the age bracket of 23 are in the Super Eagles thereby denying Coach Imama Amapakabo of the very best quality in a time when the U23 AFCON was ongoing.

“When I saw the age average of our team in Singapore against Brazil was 23.6. That’s why also the under-23 team at the Olympics they don’t have to have all the best players because they’re with us and it’s at the same time so we could not give our best players. We have 6 or 7 who are under-23. We have Ola Aina, Awaziem, Ndidi, Chukwueze, Kalu Oshimen, etc.”

The former Bordeaux manager expressed optimism in the pool of U23 players in the team and stated that the AFCON qualifier will be another litmus test for the lads.

“This is good for our future and I think these players for the qualifiers will be very interesting to see because now it’s counting, it’s not a friendly, it is really now the competition,” Rohr concluded.