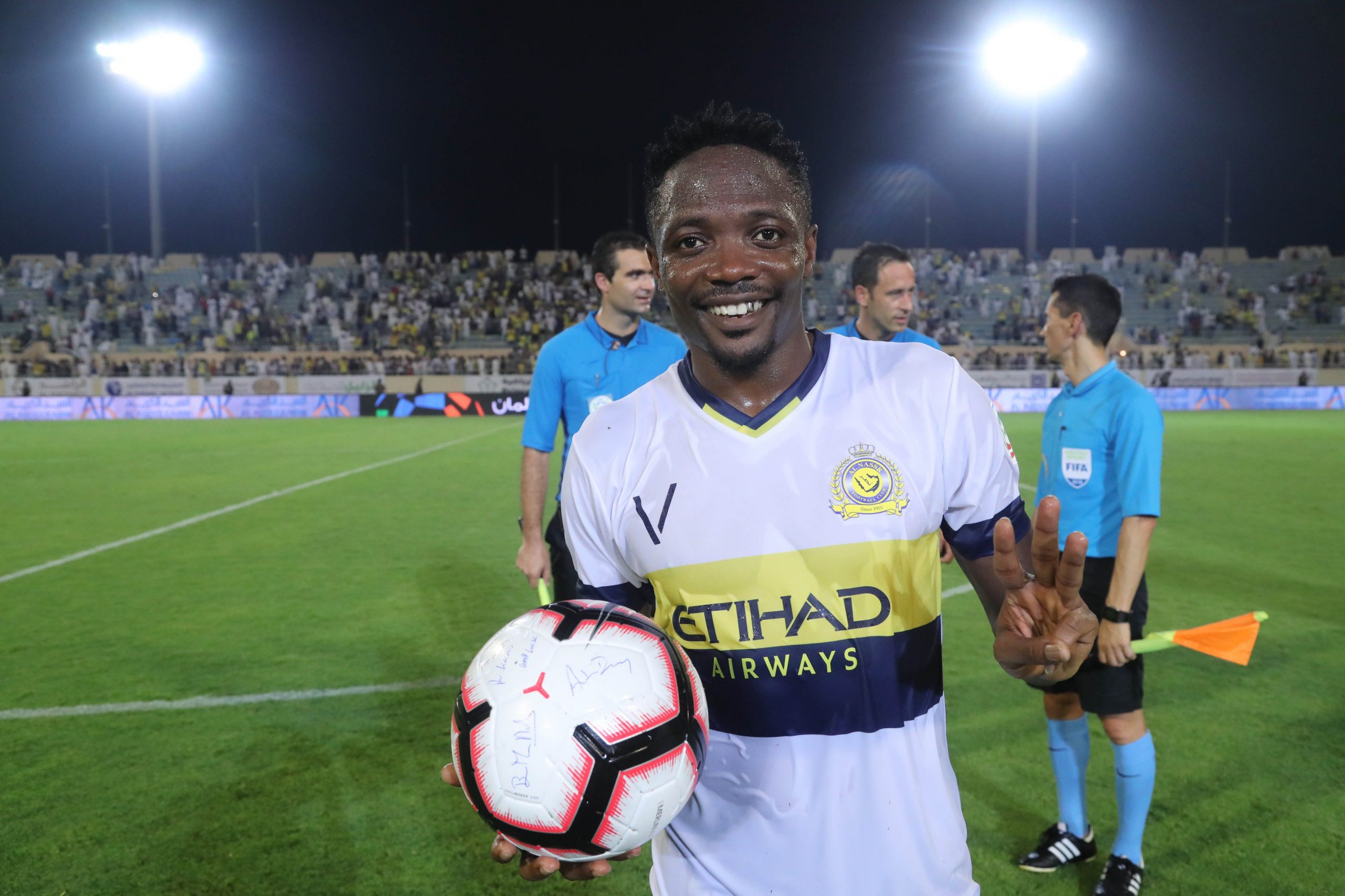 Following a barren spell that saw them win their previous league title in 1995, Saudi giants Al Nassr secured back-to-back titles in 2014 and 2015 to establish themselves back on top of Saudi football and propel the capital club back into the AFC Champions League.

Since then, Al Nassr have been ubiquitous in competing for different domestic titles, reaching the finals of the King’s Cup, Crown Prince’s Cup and Saudi Super Cup, but it wasn’t until the 2018-19 season that the club, known among its supporters as The Global, embarked on another title-winning campaign.

Helping the club to their impressive 2019 Saudi Professional League (SPL) title was the acquisition of Ahmed Musa who joined on a four-year deal from Premier League side Leicester City in 2018.

The Nigeria international signed for the Riyadh-based club on the back of a strong showing at the 2018 World Cup in Russia, where he found the net twice against Iceland to become the first Nigerian international to score in two different FIFA World Cups.

While some have questioned the move, Musa says the switch was far from a walk in the park. “SPL is one of the hardest leagues. The people may look at it as very easy, but I don’t think so.”

“Many people think the league is easy, but when you play here you know it’s not that easy,” the 27-year-old said.

It was exciting for Musa to see the captivating football scene in Saudi Arabia upon his arrival in the kingdom, but he insisted the football-mad fans are like no other and are happy with nothing less than a win.

“The fans here are crazy about football, they’re not the same as Europeans.”

“When I first came here, it was difficult for me because of how much fans love football – they don’t want to lose! Over here, fans are always crazy when you lose a game,” Musa added.

However, no matter what happens on the pitch, Musa says fans are always happy to see him. “One of the best moments here is whenever I go out [and] everyone wants to take a picture with you. I give the Saudi fans credit for this.”

The forward was in fine form last season, scoring seven times and registering the same number of assists as Al Nassr cruised to the title. Despite the team’s shaky start to the current campaign, they managed to return to winning ways and get their title-defence back on track, beating arch-rivals Al Hilal in the process.

“We started the league very well, but we faced many injuries during the second and third games of the season, so the team was fighting, but the [2-1 derby win over Al Hilal] will boost the morale of all players to keep on fighting till the end like the way we did last year,” Musa said.

The former Leicester City forward has embraced life in Saudi Arabia and said it wasn’t difficult for him to adapt thanks to the big Nigerian presence in the kingdom.

“Back in my country [Nigeria], everyone always comes to Saudi, so I know the lifestyle here. So, nobody asks me how I cope or what I do in Saudi because most Nigerians are always here.”

Musa’s move to SPL didn’t affect his place in the national team, a testament to the strength and competitiveness of the Saudi championship, which has seen five different winners since 2012. He continues to turn up for the Super Eagles and is confident of continuing to add to his 81 caps and 15 international strikes.

“I think with the years I have remaining with the national team I will reach more [records] than my former teammates,” Al Nassr player added.

Besides Musa, SPL is home to other Nigerian players, with more playing in the second division. Left back Imran Ilyas Bakur represented Damac and Najran before settling now with Al Shabab, while Reuben Gabriel plays as a defensive midfielder for Abha, and Musa could not be happier to have more compatriots in the league.