Nigeria Open: Austria, Germany Lead 30 Others to Lagos for the 2019 ITTF Challenge Plus 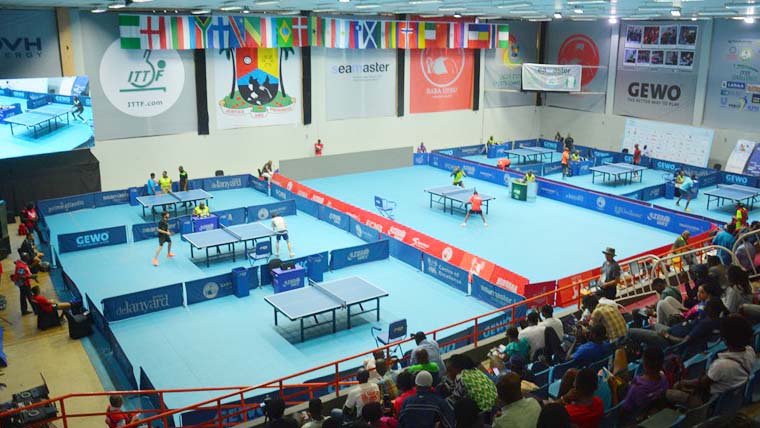 It is an appreciable improvement again in 2019 as Germany, Austria, and 30 other countries will be represented at the Seamaster ITTF Challenge Plus Nigeria Open from August 7 to 11 at the Molade Okoya-Thomas Hall of Teslim Balogun Stadium in Lagos.

Over 171 players made up of 105 men and 66 women have been confirmed for the tournament with European teams dominating the list with 17 countries from the continent being led by top table tennis playing nations – Austria, Germany, and France.

Nigeria and Egypt will be leading the African teams while others expected are Algeria, Benin Republic, Congo Brazzaville, Congo DRC, Cameroon, Ghana, Senegal, and South Africa.

Brazil will represent the South America continent while Asia will be represented by India, Iran, Saudi Arabia, and Thailand.

According to the chairman of the Local Organising Committee (LOC), Wahid Oshodi, the excitement synonymous with the tournament has continued to attract top players to Lagos.

“As usual from the entries this year, it has shown that the tournament has continued to attract some of the best players in the world. The tournament is now an ITTF Challenge Plus tournament with increased prize money of $60,000 and the all-important increased points which all the players are aiming to get in a bid for Tokyo 2020 Olympic qualification. This year also with three tournaments preceding the Nigeria Open it will be a fantastic festival of top class table tennis,” Oshodi said.