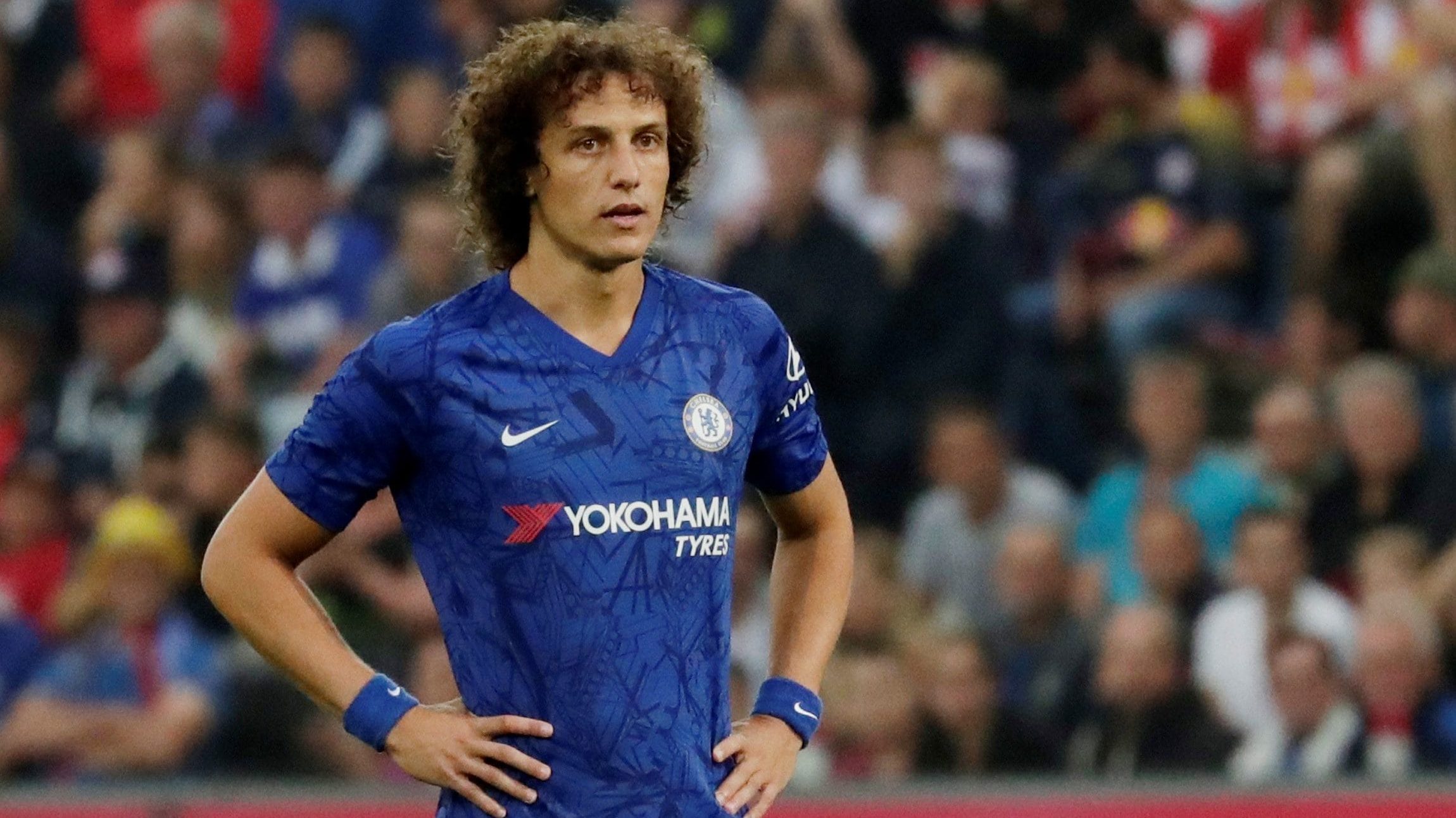 Reports from England indicate that Chelsea center-back, David Luiz is pushing for a move to Arsenal after failing to report for a training session on Wednesday.

The 32-year-old rejoined the Blues from Paris Saint Germain in 2016 and has since racked up 105 appearances for the club during his second spell, winning the Premier League, FA Cup, and Europa League.

The Brazilian superstar featured in 36 of Chelsea’s 38 Premier League games last term and he was expected to make a similar contribution to the upcoming campaign, but his future at Stamford Bridge has now been thrown into major doubt.

According to French publication L’Equipe, Luiz has refused to report for training after Arsenal submitted an official bid for his services ahead of Thursday’s transfer deadline.

The French publication states that the veteran defender wants to force through a move to Emirates Stadium despite Chelsea’s desire to retain his services, with tensions between the player and club now beginning to rise.

Luiz signed a fresh two-year contract with the Blues back in May, but according to Metro Sport, he was unhappy with the treatment Maurizo Sarri received before he left the club to take over at Juventus.

The Brazil international brought into Sarri’s unique philosophy and had one of his most consistent seasons yet in a Chelsea shirt, but it now looks as though he could replace Laurent Koscielny at Arsenal.

The 33-year-old left the Emirates on Tuesday to join French outfit Bordeaux, after refusing to join the club’s summer tour of the United States.

Luiz would be the ideal man to come in and fill Koscielny’s boots given his quality and experience, but Chelsea are trying to block the potential move to a major Premier League rival.

The Gunners have until 5 pm tomorrow to try and negotiate a deal with the Blues, or else Luiz will have to remain in west London, at least until the transfer window reopens again in January.