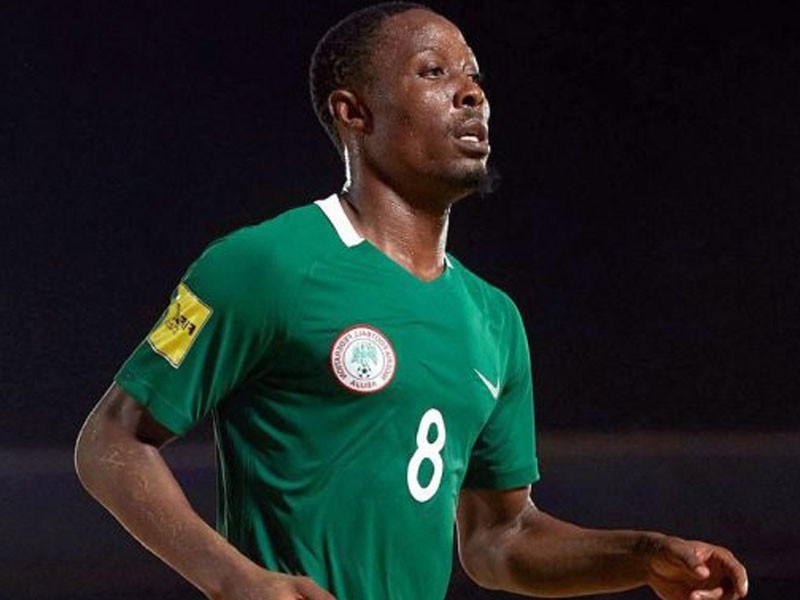 Nigeria’s group at the 2019 Beach Soccer World Cup might fulfil some people’s criteria for a ‘Group of Death’, but Nigeria’s Beach Soccer national team captain Abu Azeez prefers to see it as a “Group of Challenge” and believes both heavyweights are “very beatable”.

And while fans back home have a healthy dose of scepticism about the Sand Eagles’ chances of making it out of the group, Abu Azeez believes the group actually presents an opportunity for the team to prove their worth on the global stage.

“It’s actually a very, very tough group,” the 25-year old captain of the team told busybuddiesng.com. “When the draws were going on I was actually tensed but at the end of the day, I sat down and looked at it again and it’s not actually a group of death; its a group of challenge.”

“Like it’s actually the best group, if we could come of that group I think that we should be looking at the semifinals of the tournament. For us to have qualified to play in the World Cup means we happen to be a very, very good side.”

Nigeria’s last encounter with Brazil at the World Cup ended in a slim 10-8 victory for the South Americans after extra time in the quarterfinal of the 2011 edition in Italy.

That run to the quarterfinal matched the country’s highest-ever finish at a Beach World Cup which came at the 2006 edition in Brazil.

Abu Azeez has set a semifinals target for the team which qualified for the competition having finished as runners-up at the 2018 Africa Beach Soccer Cup of Nations staged in Egypt.

Getting that far would however require the Sand Eagles to, first of all, make the quarterfinals by scaling the group stages. Realistically, they’d need to beat Oman and score a win against either Brazil or Portugal, and Azeez believes beating both those sides in Paraguay is “not magic at all”.

“Beating Brazil and Portugal is not magic at all,” Azeez whose 12 goals for the Sand Eagles is a record for goals scored for any Nigerian national team told busybuddiesng.com.

“The only thing we need to do is make up our minds to prepare well and be committed, be focussed, be determined and know that Brazil and Portugal are very, very beatable.”

The Sand Eagles coached by Audu Adamu will begin their campaign in Paraguay against 2015 winners Portugal on November 22 before tackling Oman two days later with the encounter against Brazil on November 26 rounding off their group stage matches.