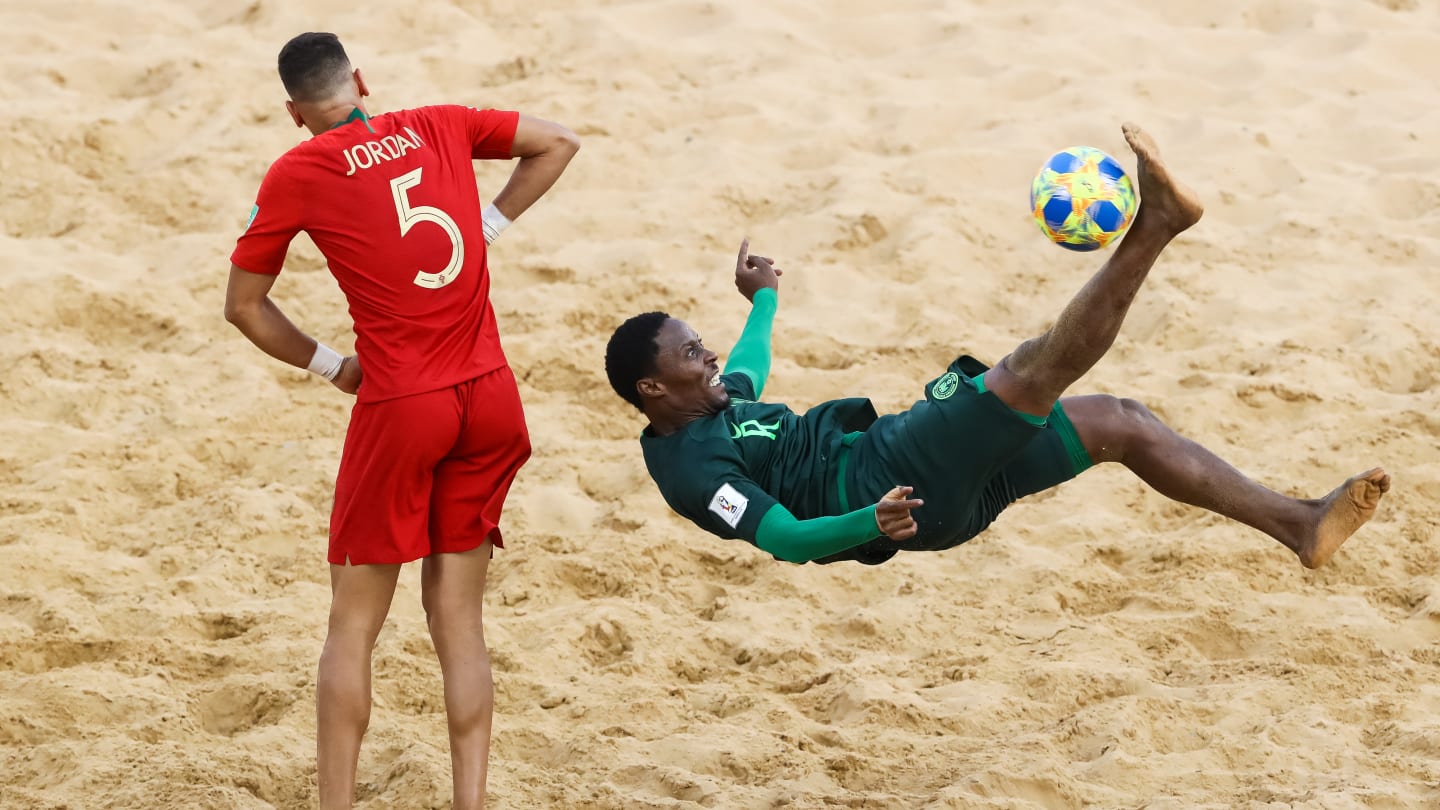 Nigeria’s Super Sand Eagles face a make or break tie against Oman on Sunday if they’re to avoid an early ouster at the ongoing 2019 FIFA Beach Soccer World Cup in Paraguay.

The Super Sand Eagles started their campaign in Group D on an awful note falling to their biggest defeat in Beach Soccer World Cup history in a 10-1 routing at the hands of Portugal.

Nigeria took the lead through Abu Azeez’s 106th international goal at the close of the first period, but that was as good as it got for the Super Sand Eagles with Portugal seizing control thereafter.

The Selecção das Quinas scored an incredible ten consecutive goals, with five each in the second and third periods as Nigeria’s wastefulness cost them.

Bruno Torres scored a hat-trick, while Nuno Belchior and Rui Coimbra added a brace apiece. Leo Martins scored once as did the legendary Madjer who scored the final goal of the game.

The defeat was Nigeria’s biggest in Beach Soccer World Cup history since a 12-6 loss to Italy at the 2017 edition in the Bahamas.

Abu Azeez who holds the record of being the youngest ever player in the competition when he debuted as a 15-year-old at the 2009 World Cup in Dubai said the team must work to eliminate their mistakes in subsequent games.

“We still have two games to go so we will try as much as possible to work on our mistakes and bounce back.”

The Super Sand Eagles must now defeat Oman by a healthy margin when they faceoff on Sunday at the Los Pynandi Stadium or face the prospect of an early flight home.

The Asians were beaten 8-2 by defending champions Brazil in their opener on Friday.

Group D leaders Portugal take on Brazil in the other game in the pool.