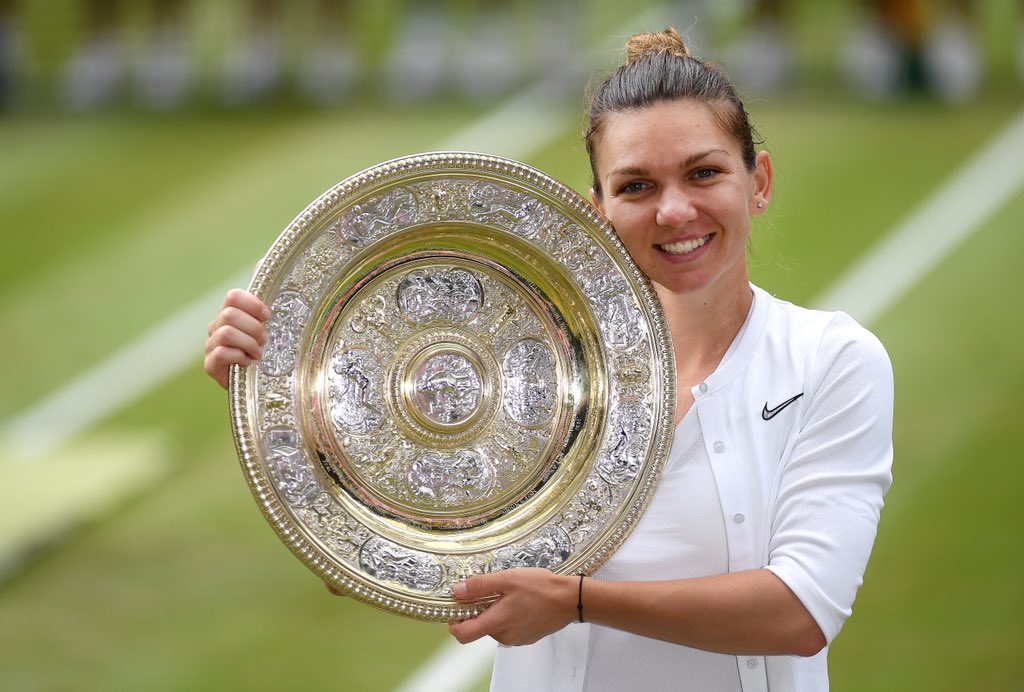 Simona Halep produced a superb display in her first Wimbledon final to storm to the title and keep Serena Williams waiting again for number 24.

The 27-year-old’s 6-2 6-2 victory makes her the first Romanian to win a singles title at the All England Club and added to the French Open crown she claimed last summer.

This is the third time since Williams’ return last spring from the birth of her daughter that she has been one victory away from finally equalling Margaret Court’s all-time record for slam singles titles.

But, as she had against Angelique Kerber here 12 months ago and Naomi Osaka in New York, Williams once again fell short, seemingly unable to put thoughts of history out of her mind.

Enormous credit, though, must go to Halep, who showed herself to be not just one of tennis’ great defenders, chasing down everything Williams could throw at her, but also a strong attacking force.

The Duchesses of Cambridge and Sussex had front row seats in the Royal Box, the latter desperately hoping to see her close friend Williams have her moment.

But it was Halep’s day, the Romanian needing just 56 minutes to race to victory, dropping to her knees when Williams’ final forehand hit the net.