Tokyo 2020: Super Falcons Soar Into Next Qualifying Round 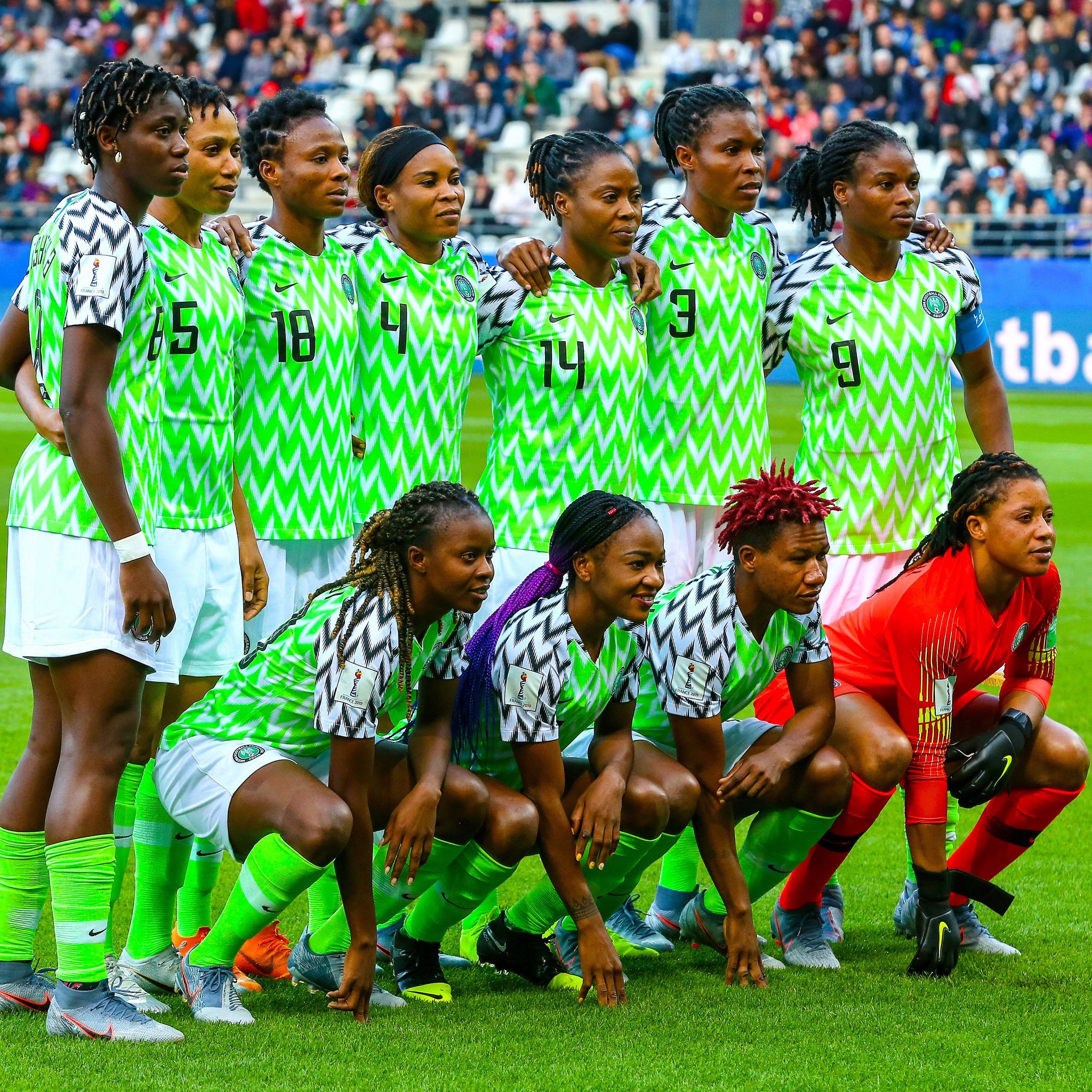 Nigeria’s Super Falcons are through to the next round of the African qualifying series for next year’s Olympics Women Football Tournament after a routine win 1-0 win over Algeria at the Agege Stadium in Lagos to win 3-0 on aggregate.

Asisat Oshoala, who donned the captain’s armband for the match scored the decisive goal in the 59th minute to send Nigeria on their way in front of the Sports Minister Sunday Dare and the Minister of Women Affairs Helen Tallen.

Sitting on a 2-0 lead from the first leg, the nine-time African Champions were all but through to the next round of the qualifiers but needed the formality of the return leg to settle matters.

Head Coach Thomas Dennerby made changes to the side that defeated the Algerians in the first leg with FC Barcelona of Spain’s Asisat Oshoala defenders, Ngozi Ebere and Osinachi Ohale, midfielder Ngozi Okobi and forwards Rasheedat Ajibade and Francisca Ordega all coming into the side.

But if the intention of deploying the big guns at his disposal was to blow the Algerians away as early as possible, it proved futile in a first half of few clearcut chances.

Nigeria dominated possession and troubled the opposition with pace down the flanks but the final ball was often lacking as Algeria held firm to keep the half goalless and give themselves a fighting chance in the tie.

Nigeria started the second half with more purpose and could have been ahead nine minutes into the restart as Oshoala once again found space on the flanks but her lofted cross evaded the Algeria goalkeeper and the onrushing Rasheedat Ajibade.

Nigeria were ahead five minutes later as Oshoala powered through the Algerian defence to calmly slot past the Algerian goalkeeper.

Stung by going behind the Algerians rallied and mounted pressure on Nigeria’s backline but the Falcons exploited the space that opened up and could have gone 2-0 up, however, Francesca Ordega managed to shoot straight at the goalkeeper when clean through.

The miss was not to prove costly though as the Super Falcons advance 3-0 on aggregate to the next round where they will face either Mali or Cote d’Ivoire.