Tammy Abraham Opens Up On Decision To Join Nigeria 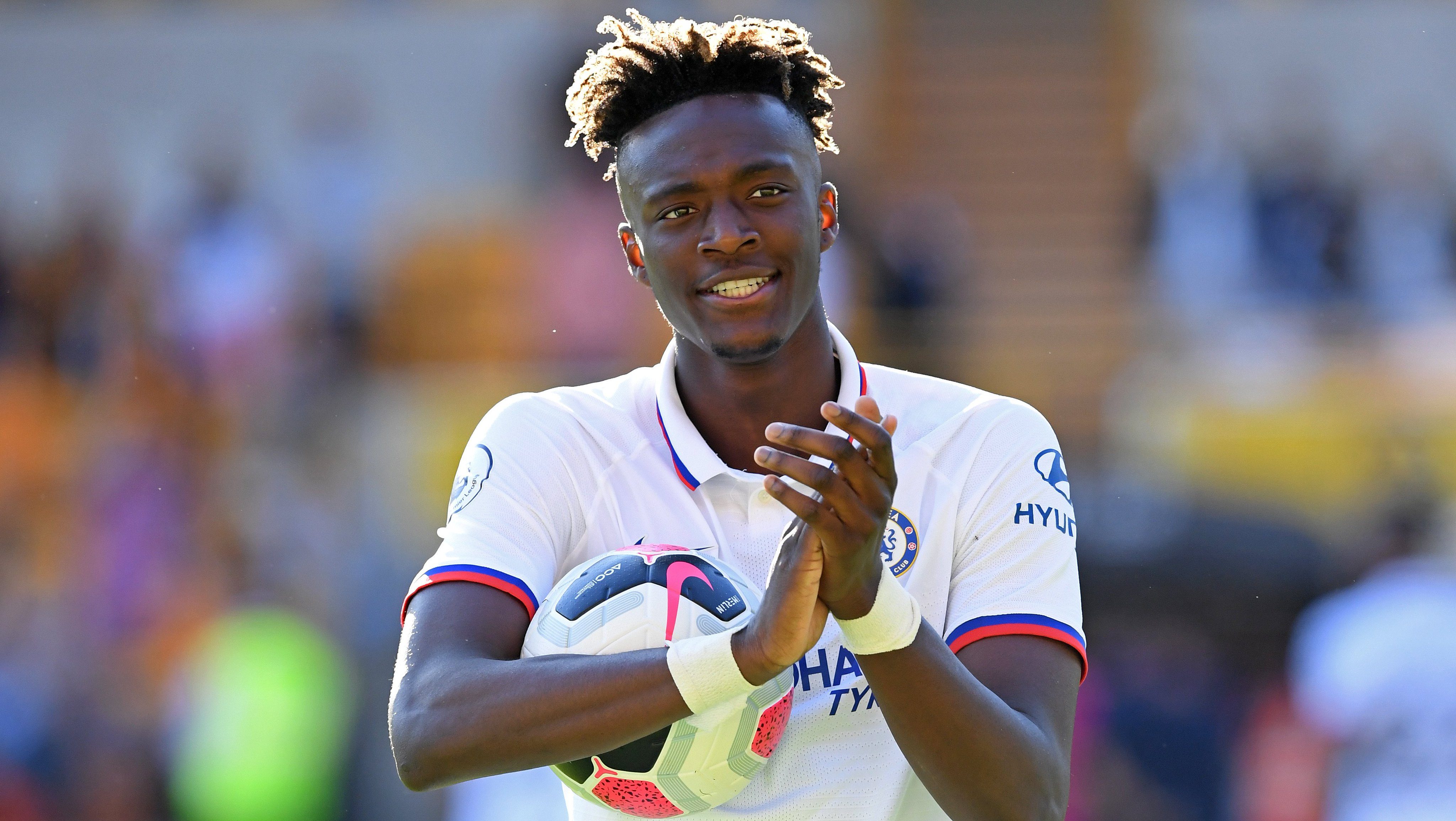 The Premier League’s current leading goalscorer Tammy Abraham has left the door open to joining up with the Super Eagles of Nigeria, putting England on their toes over his future, according to Goal.

England manager Gareth Southgate will be sweating on losing the player he called up in November 2017, but has still only played in friendly matches, which leaves Abraham the option to switch national teams allegiances.

The 21-year-old, who was born in London, qualifies for the Super Eagles through paternal lineage. This season’s current joint-top scorer left the door open to Nigeria after he stole headlines with a hat-trick in a 5-2 win away to Wolves.

“Yes, I have heard the talk. I have not really been focused on that yet,” Abraham said at Molineux Stadium. “I think when the time comes, the times comes. It is about focusing on Chelsea and hopefully scoring goals and getting victories.

“We never know. You can never say never, whatever comes first really. I just have to keep full focus on Chelsea. It has been a good day at the office for the boys and me. Coming here is never easy. We played well, thankfully, I scored three and we got the three points.”

Chelsea’s 11 league goals have all come from homegrown players like Mason Mount and Fikayo Tomori, who is also eligible to play for the West African nation, also got on the scoresheet in the midlands.

The trio walked off the pitch arm-in-arm on Saturday as Abraham held onto the match ball after he became the youngest Chelsea player to score a hat-trick. However, the homegrown star’s Chelsea dream may not have come to fruition as he nearly moved to Wolves in January after the Blues accepted a £25 million ($31m) offer.

With Super Eagles manager, Gernot Rohr looking to fortify his squad ahead of the 2022 World Cup in Qatar, Tammy comes in from a large pool of potential players who fit the kind the Franco-German is looking to include in his squad.

The coach, however, has come under criticism despite Nigeria’s third-place finish at 2019 Africa Cup of Nations held in Egypt early in the summer and a near impressive outing against Ukraine in an international friendly with a relatively young squad.

Following the retirement of 2019 AFCON Golden Boot winner Odion Ighalo, Nigeria are looking to get all possible talent within its reach to fill his place. However, Tammy will have to compete with Lille’s Victor Osimhen who is also currently enjoying a great start in his first season in the French Ligue 1 should he decide to switch allegiance to his father’s land.