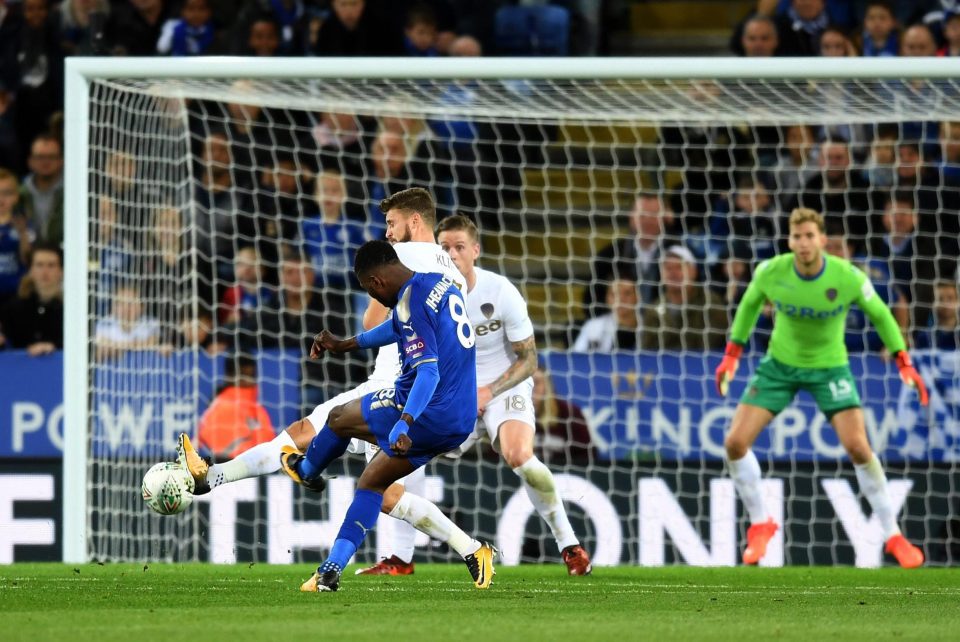 Super Eagles striker Kelechi Iheanacho was the hero for English Premier League side Leicester as he came off the bench in his first league appearance of the season to assist and score the winner in a pulsating come from behind 2-1 win against Everton on Sunday.

The 23-year-old had had struggled for playing time in the league this season with his two appearances and goals all coming in the League Cup as he was relegated to third choice behind Jamie Vardy and Ayoze Perez.

But with time running out at the King Power Stadium after Everton had taken a first half lead through Richarlison, manager Brendan Rodgers turned to the Nigerian to turn things around and did he deliver.

Coming into the fray in the 62nd minute for Perez, Iheanacho wasted little time in setting up Vardy for the equaliser just two minutes later.

And with regulation time approaching, the former Manchester City stole in to score a dramatic winner with his first league goal in over a year. Cue pandemonium in the stands.

Him and Leicester had to endure a nervous wait as the VAR checked for offside following the assistant referee’s flag but the goal was given and Leicester claimed all three points as they climbed back to second behind leaders Liverpool.