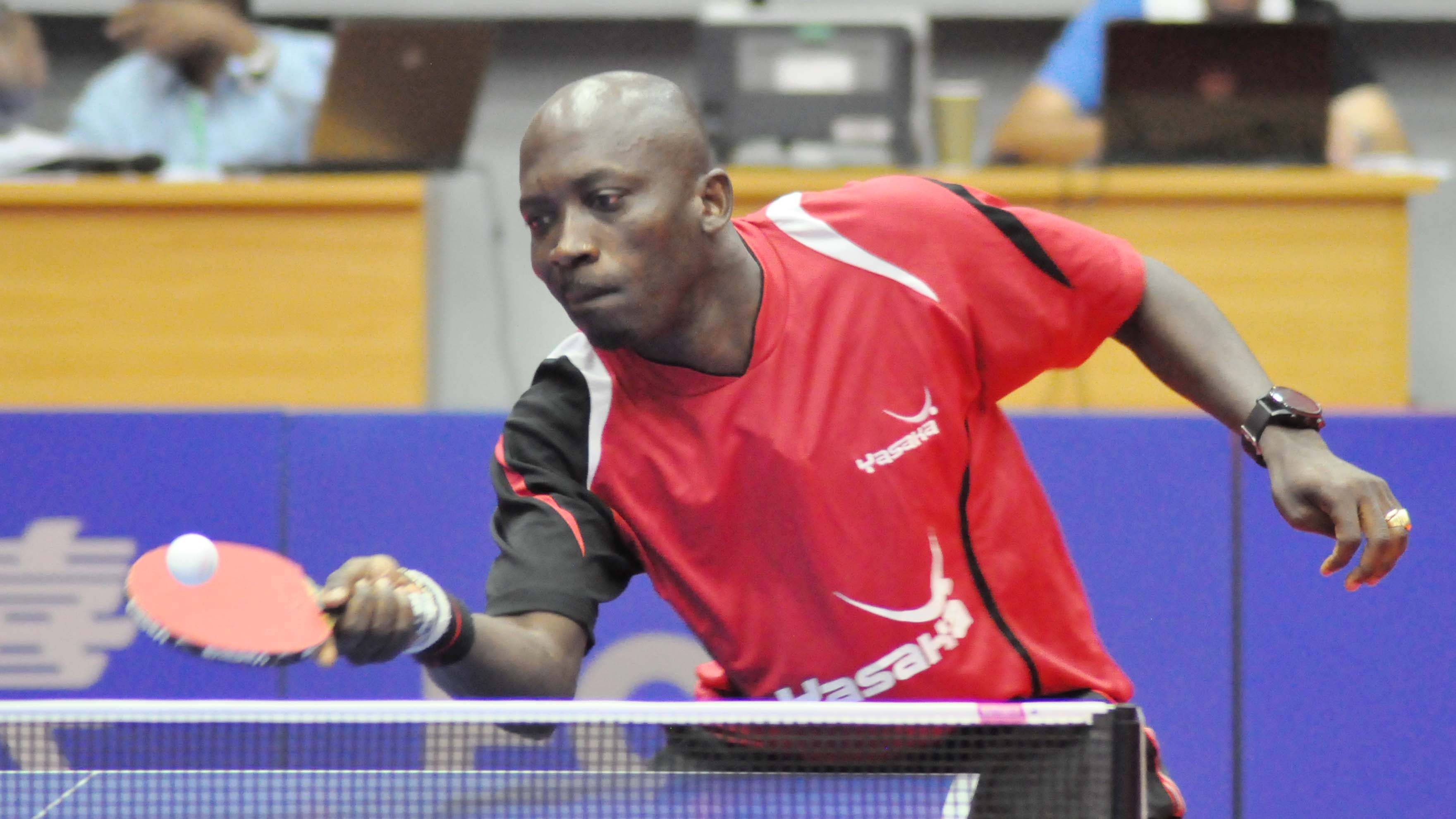 Nigerian table tennis legend Segun Toriola believes the 2019 ITTF Challenge Plus Nigeria Open has been the toughest yet and blames the disappointing performances of young Nigerian players in the tournament and a general dearth of promising talent on the failings of State Sports Councils who he says “are killing sports in Nigeria”.

This year’s tournament has seen increased participation from the world’s leading players with over 170 players from 32 countries taking part after the tournament got bumped to a Challenge Plus tier even.

And such a competitive field Toriola who fell at the R32 hurdle, believes, is a good thing for fans of table tennis who get to watch the best players in action and also, for the exposure it offers young Nigerian players whose development is aided by competing against more established players.

“This year’s Nigeria Open is the most difficult one because a lot of top players came,” the 44-year-old Nigerian legend told busybuddiesng.com.

“The Germans, Austrians are very good players, the French and Belgian players are very, very good so, this is the most difficult Nigeria Open and it’s good and all Nigerians are happy that every year it’s more stronger because it’s very good for the Nigerian players not for me actually but for the young ones because they need to see the top players play so that they can improve their standing,” said Toriola who will compete for gold in the men’s doubles alongside Olajide Omotayo later today.

A marked feature of this year’s tournament and indeed over the years, is the continued poor performances of Nigerian players with few breakout stars emerging even in the U21 categories.

Although a Nigerian, Africa’s top-ranked player Aruna Quadri is the men singles defending champion and remains on course to defend his title, other Nigerians have been less than impressive with just one player each making the R16 in both the male and female singles and the same number reaching the quarter-finals in both U21 singles categories.

And while much is expected of teenagers Esther Oribamise, Azeez Solanke and Mati Taiwo, it still is the old guard such as Toriola who was ranked number one in Africa for ten consecutive years between 1998 and 2008, 31-year old current Africa number one Aruna Quadri and former African champion, 45-year old Funke Oshonaike who are still head and shoulders above the rest.

Such a state of affairs Toriola says is a far cry from when players like Oshonaike and himself emerged and is dire for a nation steeped in table tennis excellence. He blames a lack of quality coaching for the lack of more world beaters making their marks and ready to step up and take over from the old guard.

“Well, we have a few of them [young players] that have really improved but I believe if they have support, there’s going to be a Nigerian Champion of tomorrow but right now the problem most young Nigerian players have is coaching, most of them don’t really have coaches most of them practice on their own and that’s the big problem we have,” Toriola said.

And the problem doesn’t just end with inadequate coaching for young players based in Nigeria. The four-time All African Games and African Table Tennis Champions who says he and other professional players have chipped in to help younger players with equipment at various times believes State Sports Councils are failing in their remit to develop players and accuses them of “killing sports in Nigeria”.

“During my time when I was young, we had coaches, we had support but right now they don’t have coaches or support especially the State Sports Councils are the worst they are killing sports in Nigeria and that’s the truth.

“The Sports Ministry should do a little bit [more] but when I was young it was the State Sports Council that took care of athletes but right now, in most of the Sports Councils some do not have a coach or equipment for the young ones, so it is not easy for the young ones, it’s very tough for them. The [Nigeria Table Tennis] Federation is really trying to support and give them equipment and we the professional players, we also try to support them with equipment.”