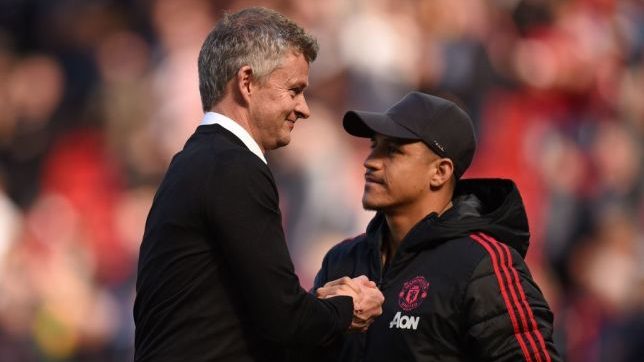 Sanchez has interest from Serie A clubs ahead of the European transfer window closing on September 2 but his wages may prove an obstacle to a move.

The total bill for signing Sanchez could potentially cost United up to £560,000 per week, once all aspects of the four-and-a-half-year deal are factored in.

Solskjaer is insistent that Sanchez, who hasn’t completed the full 90 minutes in more than a year for the club, will stay at Old Trafford this season and backed him to make a difference.

“Alexis is such a professional,” Solskjaer said. “He comes in working really hard. He’s part of our squad and is a very good player.

“We don’t have the biggest forward line in numbers and he might end up playing a lot more games than you expect. We expect him to come good.”

Sportsmail has learned that he earns a basic salary of £300,000 a week, plus an additional net payment of £100,000 a week from a £5million-a-year image rights deal.

United must also pay £5million in agent’s fees over the course of the contract to the player’s representative Fernando Felicevich. That’s the equivalent of £21,370 a week.

It’s understood the club inserted a £5million clause into the deal, payable if Sanchez makes 30 starts in a single season — even though he started only 13 times in all competitions last term.

Additional bonuses and employers’ national insurance payments take the potential overall figure to £560,000 a week if Sanchez is successful.

The major problem is getting Sanchez up to speed now and United have arranged private friendlies to boost the fitness of a number of stars.