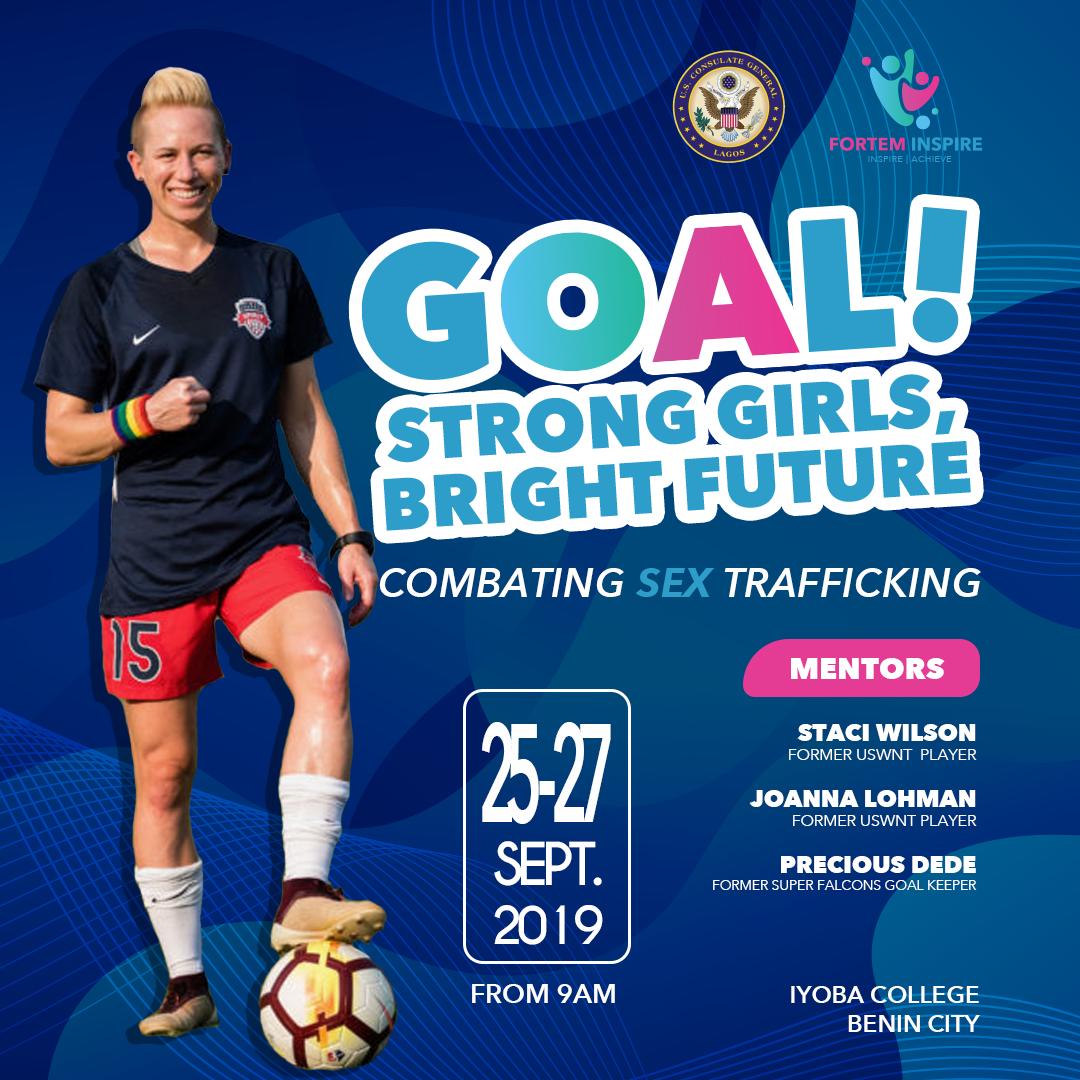 The Global Slavery Index (GSI) estimates that of the 40.3m people held in slavery globally, 1,386,000 of that number are Nigerians with the country ranking 32/167 of countries with the highest number of slaves.

Nigeria is said to be a “source, transit and destination country” for human trafficking, a $150bn global industry with two-thirds of that sum ($91bn) involving commercial sex exploitation. The average age of people trafficked in Nigeria according to the National Agency for the Prohibition of Trafficking in Persons (NAPTIP) is 15 years.

In a bid to combat this great menace which has shattered the dreams and cost the lives of many unsuspecting teenaged girls in Nigeria, Fortem Inspire, an advocacy group that works to empower women through sports, has teamed up with the United States Embassy in Nigeria to organise a workshop showing how sex trafficking can be combatted using football as a tool.

The event tagged “Goal! Strong Girls, Bright Future. Combatting Sex Trafficking” will be held in two cities – Lagos and Benin – and is scheduled to commence on the 23rd of September and conclude on the 27th of September.

Former US Women National Team Players Joanna Lohman and Staci Wilson in addition to former Super Falcons goalkeeper Precious Dede will act as resource persons and mentors for the participants who will number about 170 girls aged between 13 to 17 years old.

The thrust of this year’s event which is to combat sex trafficking using football as a tool is as poignant as it is topical with the United Nations estimating that Nigeria has one of the largest of trafficking victims within and outside the country.

Nigerians are said to be held in modern slavery in 34 countries across the world and over ninety per cent of all trafficked women in Europe are estimated to hail from Edo State.

The event will kickoff at the Campos Mini Stadium in Lagos on the 23rd of September with 50 girls participating.

Benin City, which according to the Pathfinders Justice Initiative, is often the starting point for victims of human trafficking, will host the second leg of the event from the 25th to the 27th of September and will involve 120 girls.