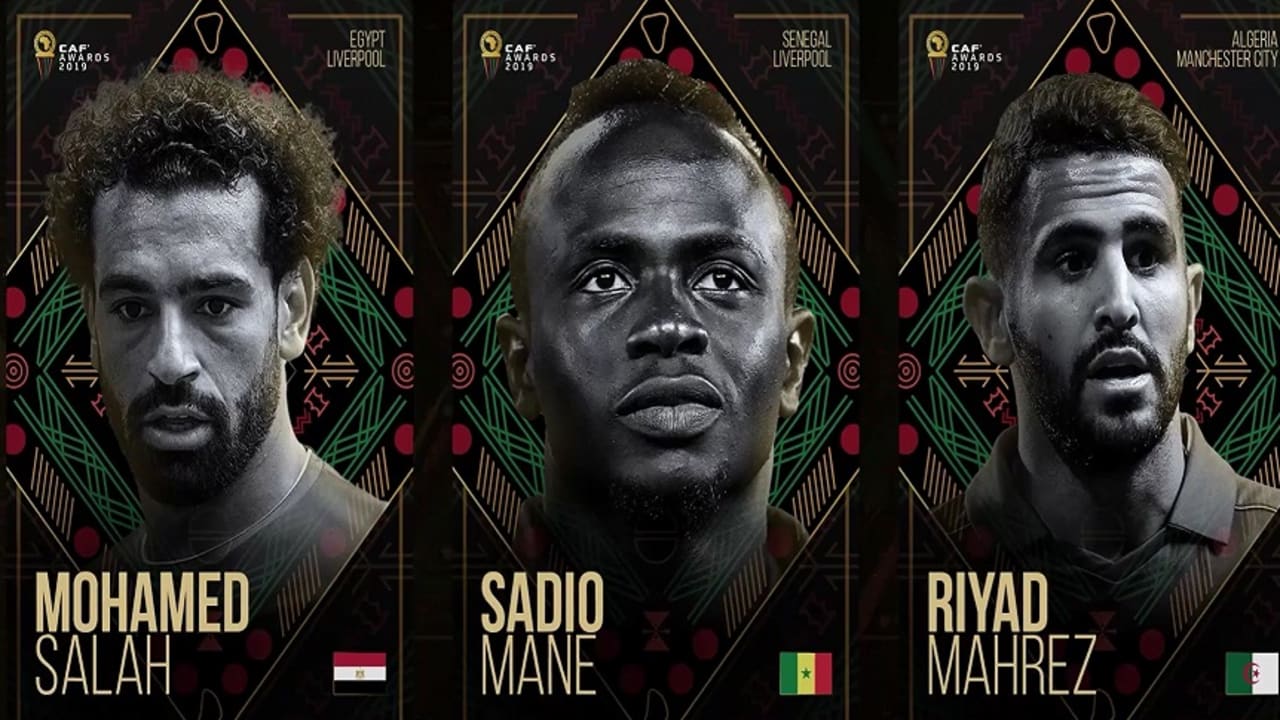 2019 CAF Player of the Year finalists Mohamed Salah and Riyad Mahrez will both miss Tuesday’s CAF awards in Egypt busybuddiesng.com has learned.

Egyptian Salah, 27, winner in the last two years and Algerian Mahrez, 28, winner in 2016 have elected to sit out the ceremony which is slated for the Albatros Citadel Sahl Hasheesh, Hurghada with no reasons given for their absence.

However, Salah’s Liverpool teammate and heavy favourite Sadio Mane is already in Egypt for the ceremony which celebrates the best of African football.

All three players enjoyed a stellar 2019 with the Reds duo winning the UEFA Champions League, UEFA Super Cup, and the Club World Cup as well as sharing the 2018/2019 Premier League Golden Boot award with 22 goals apiece.

The Senegalese, though, is heavily tipped to take over the mantle from Salah following sustained electrifying performances that have seen the Reds open up a 13 point lead in the Premier League as the Merseyside club look set to end their thirty-year domestic title drought.

Nigerian interest is also represented with Falcons captain Asisat Oshoala in line for a fourth African Woman Player of the Year crown, which will equal the feat of fellow Nigerian, Perpetua Nkwocha while Super Eagles duo Victor Osimhen and Samuel Chukwueze will contend with Morocco’s Achraf Hakimi for the Young Player of the Year award.