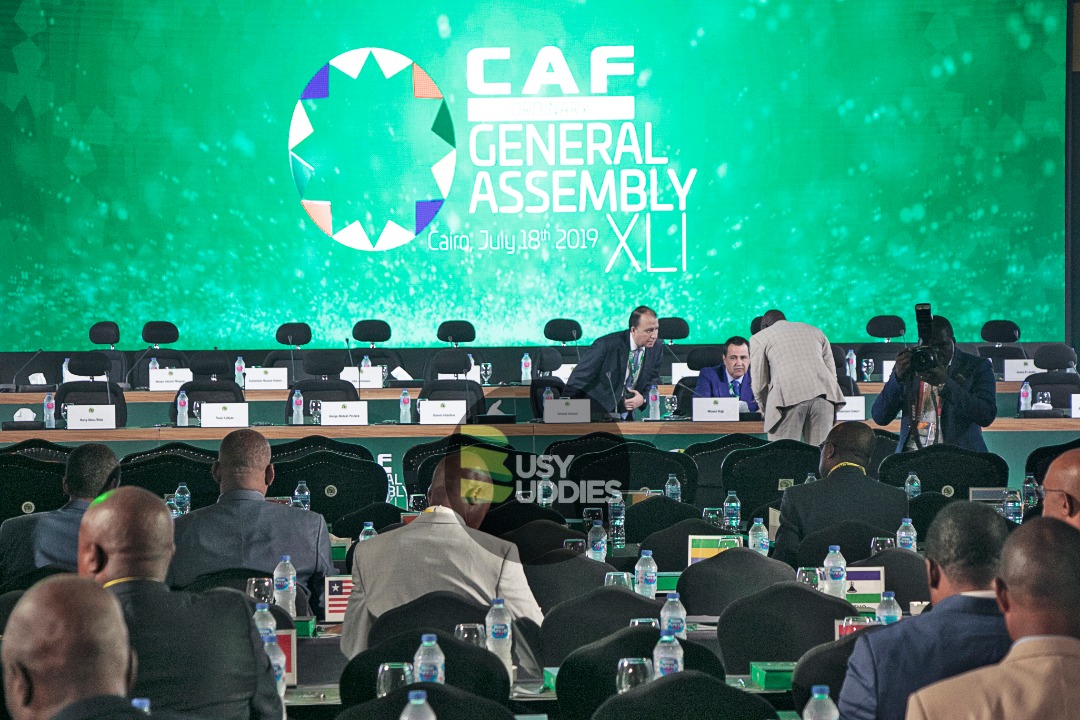 CAIRO – Confederation of Africa Football (CAF), President Ahmad Ahmad says the decision to appoint FIFA secretary general Fatma Samoura as FIFA General Delegate for Africa was initiated by him and will lead to a speedier reform of Africa’s football governing body.

Addressing members of CAF, delegates and the media at the 41st CAF Ordinary General Assembly held in Cairo today, Ahmad said CAF’s “delicate” situation had precipitated his move to reach out to FIFA President Gianni Infantino and together they took the decision to saddle Samoura with the responsibility of putting CAF back on track.

CAF President Ahmad has been buffeted by corruption allegations on different fronts which include being questioned by police in Paris in June as “part of a probe into corruption, breach of trust and forgery” before being released without charge.

The 59-year-old from Madagascar is also being investigated by Fifa’s ethics committee and with such a cloud hanging over CAF, the decision was taken in June, to second Samoura to CAF for an initial six-month period starting from August 1, 2019.

But Ahmad said the idea had been his all along and was conceived in a bid to force through the reforms he has started at CAF. He likened CAF’s current state to the corruption scandal which engulfed FIFA three and a half years ago and which led to the emergence of Gianni Infantino as president of football’s world governing body.

Ahmad said just as FIFA has been able to turn itself around, with Samoura on board at CAF, the same outcome will be achieved. He announced that a new structure would be put in place at CAF under new secretary-general Mouad Hajji.

Ahmad also inaugurated a 5-member Governance Committee composed of three women and two men under the leadership of Ivorian lawyer Michael Kizito Brizoua-Bi. The committee according to the President of CAF will run for six months and is saddled with improving governance and transparency in the organisation.

On his part, FIFA President Gianni Infantino said the problems at CAF although “complex and delicate” must be faced head-on and permanently resolved.

He said FIFA has been engaged through the appointment of Samoura as a “partner and as a team” to bring lasting and far-reaching solutions. He announced that as part of setting CAF on the right course, an 11-point road map with a focus on “three big areas” will be implemented.

Infantino said a “forensic, general and financial” audit of CAF’s finances will be carried out to ascertain the true nature of the organisation’s books. A Judicial audit will also be effected to determine that the judicial bodies in CAF work without interference.

At the end of the six months of FIFA overseeing CAF, Infantino promised a re-organisation of the body and said rather than label the secondment of Samoura as “neocolonialism” on FIFA’s the organisation should instead be “judged by results” after their intervention.

The audited financial accounts of Africa’s football governing body was presented by the President of CAF’s Finance Committee Fouzi Lekjaa who revealed that the organisation suffered a $17 million loss for the period till 30th June 2018.

The bulk of the loss Lekjaa revealed was a $20 million write off of bad debt incurred due to the loss from the contracts for the TV rights of the Sahel countries.

Lekjaa said the write off would be spread over ten years and that with a cash buffer of $120 million, the body could absorb the loss although he called for more work to be done to improve CAF’s income.

Lekjaa also revealed that operating and governance costs at the continental body was in the region of $32 million annually and said such figures were unsustainable and called for a “courageous decision” within CAF to stop “this way of life” and incorporate technology in the organisation processes to reduce overhead and step in line with international best practices.