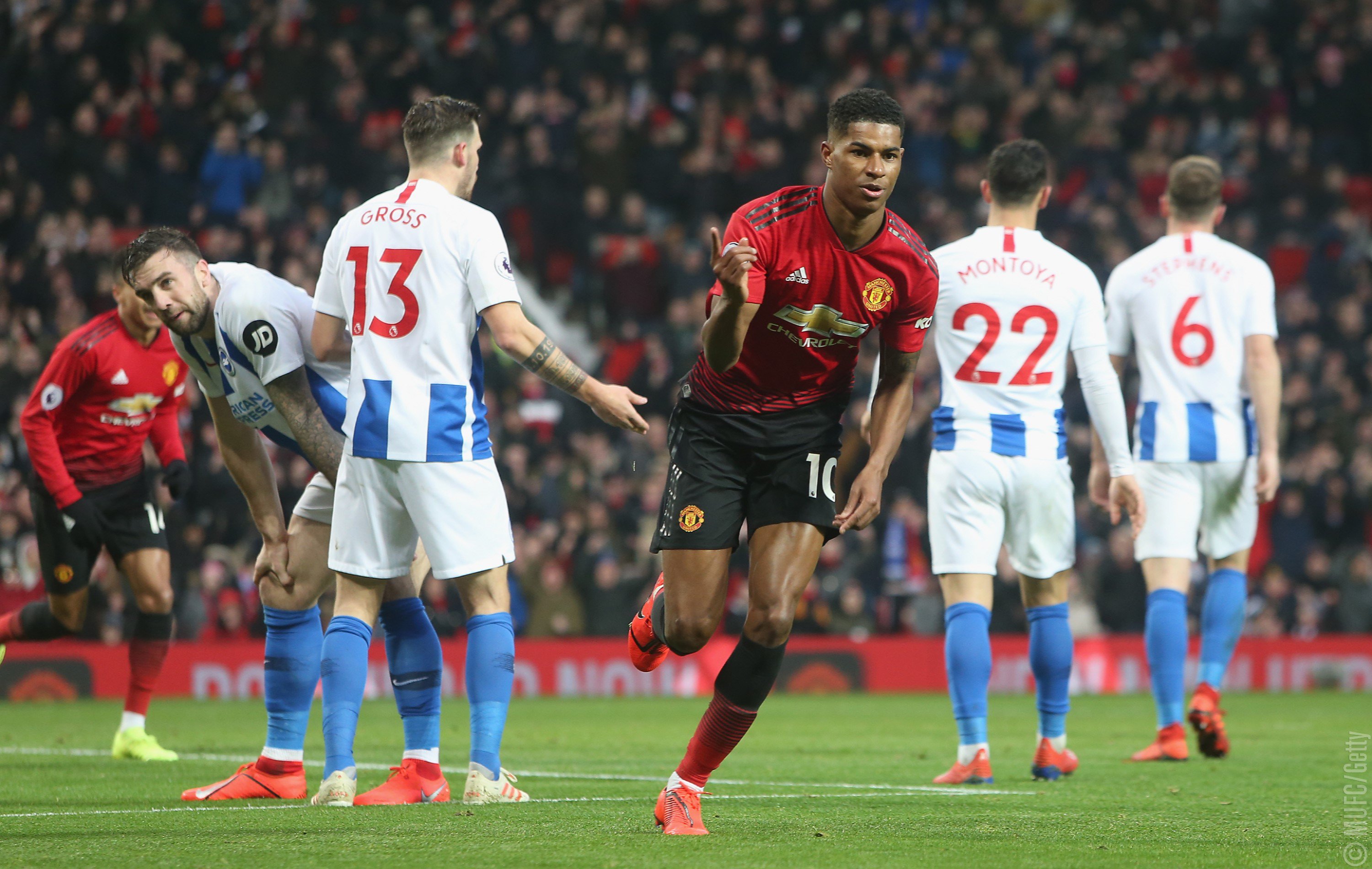 Ole Gunnar Solskjaer became the first Manchester United manager to win his first six league games in charge as his side held on to beat Brighton.

It was United’s seventh straight win since the Norwegian took over at Old Trafford on an interim basis a month ago and they are now just three points off fourth-placed Chelsea, who play Arsenal in Saturday’s late kick-off.

Paul Pogba put United in front after winning and then converting a penalty in the 27th minute.

Marcus Rashford doubled the lead just before half-time with a beautiful solo goal on his 150th appearance for the club.

Pascal Gross halved the deficit for the visitors when he scored in off the bar with just over 20 minutes remaining.

Brighton improved in the second half but their wretched away record continued as they fell to a fifth defeat in their last eight Premier League games.