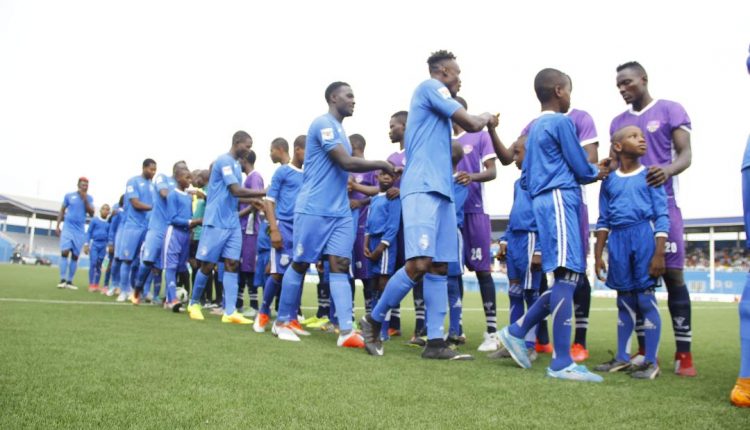 Lobi Stars bounced back from a chastening opening day defeat to record the biggest win of the weekend as Plateau United continued their impressive start with an away win while Rivers United controversially snatched a draw at home to MFM in a match that had 10 minutes added time on Sunday.

Five of the eight games contested on Matchday 2 of the 2019/2020 Nigeria Professional Football League season ended in 1-1 stalemates with sixteen goals scored and two away wins recorded.

Gbenga Ogunbote’s Lobi Stars welcomed newcomers Delta Force to the Aper Aku Stadium in Jos and proceeded to eviscerate the visitors with Samuel Tiza, Sikiru Alimi, Abdulkareem Mumini and Douglas Achiv all on target in a 4-0 win for the home side.

Plateau United showed more evidence of a rebirth and a massive improvement from last season’s shambles where they barely escaped relegation with a second win on the bounce as Abdu Maikaba’s lads secured a 1-0 win away at newcomers Jigawa Golden Stars at the Ahmadu Bello Stadium in Kaduna courtesy of Nenrot Silas’ second goal of the campaign.

Fidelis Ilechukwu was denied a first win as boss of Heartland FC in very curious circumstances as his side up 1-0 against Rivers United through Christian Pyagbara’s 15th minute effort at the Yakubu Gowon Stadium, Port Harcourt were penalised in the 90th minute with the referee awarding a penalty to the home side for a foul in the box.

United’s Bakry Bamba struck his spot-kick against the post but the referee ordered a retake which Bamba duly dispatched to spare Stanley Eguma’s blushes as United record a second straight draw despite having over 10 minutes added to the regulation time to find a winner.

Martins Usule scored against former side Katsina United to help current side Enyimba snatch a draw in their first game of the season.

The Aba Elephants who weren’t on display in the opening weekend having been on duty in the CAF Confederation Cup conceded a 3rd-minute penalty through Ifeanyi Anaemena’s foul on Tasiu Lawal.

Lawal dispatched the resultant spot-kick but Martins Usule restored parity with a beautiful indvidual goal in the 44th minute.

Rangers International who are also playing their first game of the season following continental action last weekend were denied all three points away at Adamawa United after Sadiq Lawan equalised for the home side in the 74th minute following substitute Dauda Madaki’s 54th-minute opener for the Flying Antelopes.

In Lagos, it ended all square between MFM and FC Ifeanyiubah as the home side failed to build on their surprise win away at Heartland on Matchday 1 as both sides settled for a 1-1 draw at the Agege Township Stadium.

The visitor took the lead in the 6th minute through Christian Nnaji’s goal but Kabir Adeniji equalised for the home side in the 37th minute.

The fixtures between Dakkada FC vs Kano Pillars and Akwa United vs Abia Warriors will take place on Thursday 14, November.