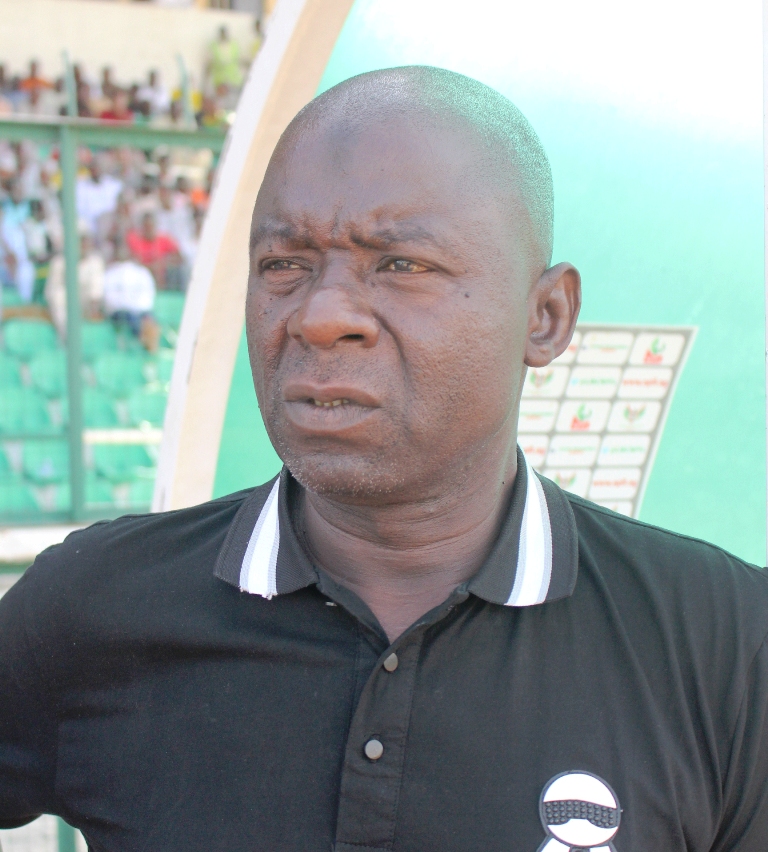 Kano Pillars technical adviser Ibrahim Musa has been issued a three-game ultimatum to return the club to winning ways or “face sanction” just three weeks into the season.

The directive comes on the back of a 1-0 loss at home to Lobi Stars on Matchday 3 which left the Sai Masu Gida in 17th place on the NPFL log with a solitary point after two games.

A barren draw against Rivers United in their opening game was cause for concern but the loss against Gbenga Ogunbote’s side set the alarm bells ringing at the Sani Abacha Stadium with Musa precariously perched.

The club are concerned at two botched opportunities to secure maximum points from two home games and with Pillars yet to play away from home following the postponement of the matchday 2 fixture at Akwa Starlets, there is a growing sense of panic about their fortunes this season.

Club spokesman Idris Malikiwa says the club’s board led by Surajo Yahaya “would not fold its arms and allow things to continue this way”.

An emergency meeting to address Pillars’ current situation has been called for Monday between the technical crew and the board with some “top Government functionaries” also slated to attend.

Meanwhile, the club also stressed that the quality of the squad cannot be faulted as they sought to put the spotlight solely on the coach who has been known to gripe about the quality of players at his disposal.

Musa who is in his second spell as permanent manager with the four-time league champions faces the prospect of losing his job unless he can somehow fashion out satisfactory results against Jigawa Golden Stars (away) Wikki Tourists (home) and league leaders Plateau United (away) in the next three match days.

The Kano native who has been at the club in different capacities for over two decades led Pillars to the final of the Aiteo Cup in his first spell as permanent manager in 2018 where they blew a three-goal led to lose on penalties to Rangers.

He was disengaged after that season following the expiration of his contract but was reemployed last season and led the club to second place in the league and a maiden Aiteo Cup title and was rewarded with a contract extension.

They have faced a difficult start to the season and exited the CAF Champions League at the first hurdle to Ghanaian side Asante Kotoko.