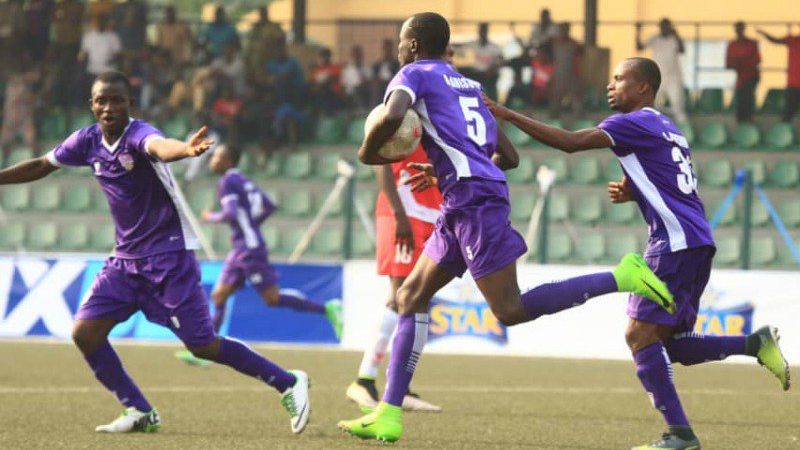 Newly appointed Mountain of Fire and Miracles FC (MFM FC) head coach Tony Bolus says he wants to “bring football back to Lagos” and has promised that fans of the Lagos club will witness “good football” from the very start of the upcoming season.

The former Giwa FC head coach who was announced as Fidelis Ilechukwu’s successor on Wednesday on a three-year contract till 2022, told  busybuddiesng.com that he has already devised a plan which will ensure his new team begins the 2019/2020 Nigeria Professional Football League (NPFL) season in blistering fashion.

“We are promising [fans of MFM FC that] they will have good football at the beginning of the season,” Bolus told busybuddiesng.com. “We have a plan that before the season kicks off we are already there. So, that’s why we are working seriously to make sure that we satisfy Lagos people.”

Bolus though, realises that he has inherited a job where major rebuilding is required and has asked for patience from fans as he goes about building a team to deliver on his vision of free flowing football.

“[The fans] should just have a little patience [with] us and we are promising them good football. That’s what we are working on they should know we are rebuilding. A rebuilding process takes time a little bit,” he said.

A recurring grouse of Bolus’ predecessor had been the amount of retooling required at the beginning of every season with the club routinely losing it’s best legs to bigger sides in the league.

The exodus of established players have continued this year with long-serving club captain and one of the league’s best centre backs Austin Opara treading the well-worn path to Enyimba. Forward Chijioke Akuneto has also left for Sunshine Stars amidst a host of other departures.

Bolus is faced with the prospect of building an entirely new team seemingly from scratch but while others might feel daunted by that task, the former Enugu Rangers league winning assistant manager is pretty sanguine about the situation and says constant rebuilding is par for the course for a coach in Nigeria where annual player exoduses are the norm.

“As a coach, the system in Nigeria that’s how it works everywhere,” the two-time league manager of the month said.

“This is not my first experience we always build and rebuild that’s your duty as a coach you must always have that at the back of your mind. You don’t expect to keep players, players need to move forward and that’s why you are the coach, you need to rebuild.”

And confronted with such a large scale rebuilding project, Bolus said every part of the team will be assessed with a view to revamping the side and assembling a “formidable team” worthy of “the home of football” Lagos State.

“I’m looking at every area of the team, I’m not supposed to look at one part of the team and leave the rest. I’m looking and working on every area. Every department must be looked at very well if you want to present a formidable team.

“Lagos is not just a state like every other state we need to bring football back to Lagos. This is the home of football in Nigeria,” he declared.