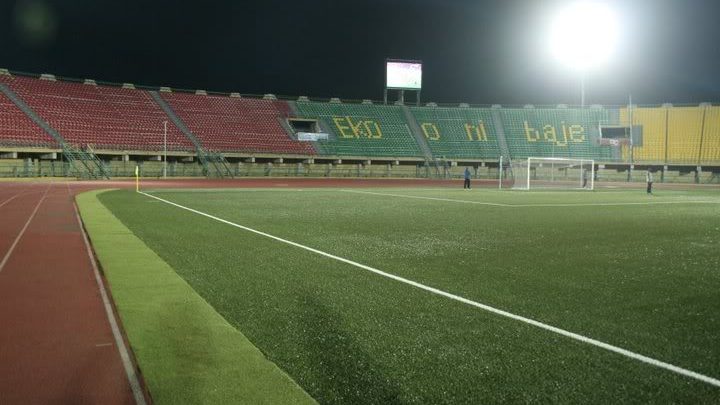 The coordinator of Nigeria’s bid to host the 2020 FIFA Under-20 Women’s World Cup, Mainasara Illo says Lagos State would likely have two match centres, spread across the Island and the Mainland, if Nigeria’s bid is approved while the Ahmadu Bello Stadium in Kaduna was temporarily “stepped down” over safety fears.

Nigeria’s bid to host the biennial age-grade tournament is currently being assessed with a five-member delegation from the world football governing body, FIFA presently in the country to run the rule over facilities proposed for use in the tournament.

The five-person inspection team accompanied by the high brass of the Nigeria Football Federation including the president Amaju Pinnick and the 1st vice-president Seyi Akinwunmi as well as members of the Lagos State Sports Commission led by executive chairman Kweku Tandoh, checked out a number of facilities in Lagos today including the two proposed match venues at the Onikan Stadium and the Teslim Balogun Stadium.

And speaking after they had completed an inspection tour of the Teslim Balogun Stadium, Illo disclosed that Lagos is being considered to play host to two match venues because of the level of infrastructure in the city.

Other match venues being proposed according to Illo are in Benin, Asaba, and Uyo which seemingly gives the impression of an uneven spread with all proposed host cities in the Southern part of the country.

Illo however said events at the recently held Aiteo Cup final at the Ahmadu Bello Stadium in Kaduna where fans invaded the pitch at the final whistle and police shooting canisters of teargas indiscriminately in a bid to disperse the fans have cast a pall over Kaduna as a viable match centre although he did not completely rule out the Northern city which he said could be considered when the team returns for another assessment in the future.

“And then we will have a centre each in Benin, Asaba and Uyo. Kaduna has been under consideration for some time but some of the events of the last few days, including the problem we had at the Aiteo Cup final have stepped down the consideration for Kaduna at this inspection but we have continued with the work to upgrade facilities in Kaduna with the hope that the next inspection, we will visit Kaduna.”

In determining the cities to put forward as host cities, Illo said a number of considerations were mulled over by the bid team to determine the viability of the proposed match centres.

Whilst many have submitted that the inspections are mere formalities with Nigeria being the sole country bidding to host the event after India and South Korea withdrew their bids, Illo said such thinking was erroneous because regardless of Nigeria’s status as the sole country in running to host the event, the country must still conform to FIFA standards to have it bid approved and that ultimately, “we cannot assume that it is all done until it is finally done.”

“That is not quite true [that the inspections are a mere formality],” Illo said.

“I mean, FIFA standards are FIFA standards. We had to submit a bid document 968 pages long and we made a lot of work both in substance and in academics. We did that and of course, they went through everything before deciding that we had a competent bid and that we qualified for an inspection like this.

“So, that is why we are here we cannot assume that it is all done until it is finally done.”