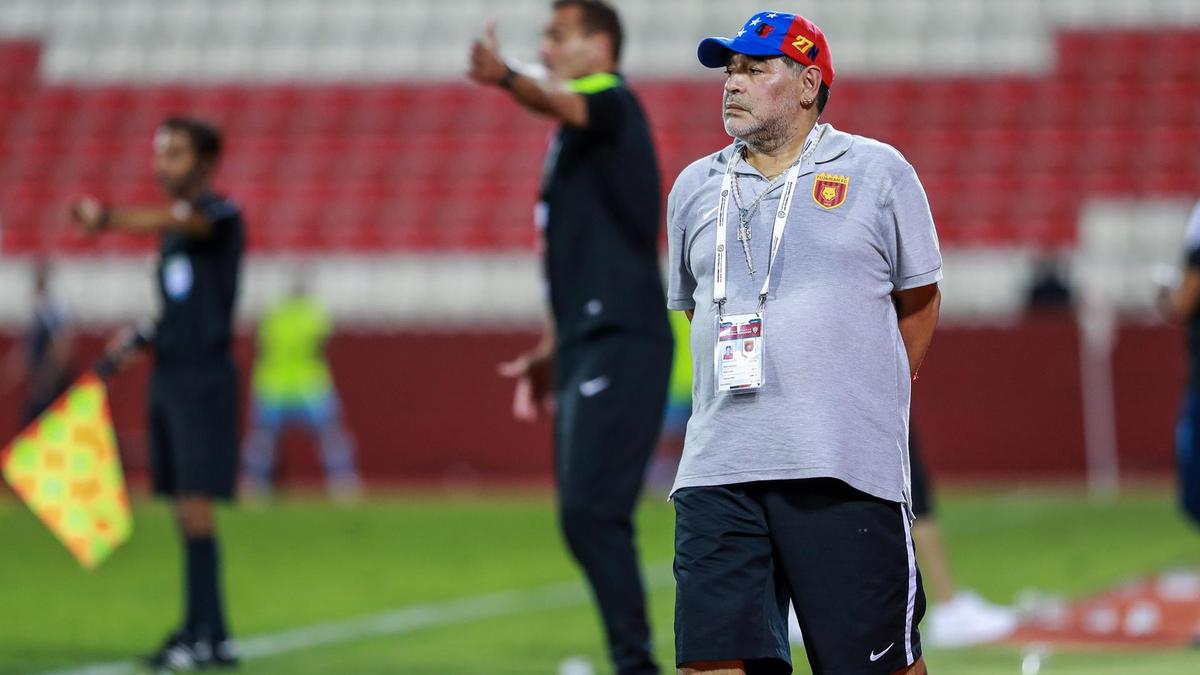 Diego Maradona decided to stay on as coach of Argentine club Gimnasia y Esgrima in a surprising about turn on Thursday, two days after saying he was leaving his job at the struggling first division side.

His lawyer Matias Morla told a news conference the former World Cup winner changed his mind after the candidates for club president agree to put their differences aside ahead of Saturday’s election.

Maradona took the job in September on the condition Gabriel Pellegrino stay on as club president and Pellegrino’s decision not to run caused Maradona’s surprise resignation.

The announcement prompted an outpouring of emotion from fans, many of whom turned up at the club to call on Maradona to stay.

It is not clear if Pellegrino will be the consensus candidate in the upcoming ballot.

Maradona, who won the World Cup in 1986 and is widely regarded as one of the greatest players of all time, took over the club from La Plata, just outside Buenos Aires, charged with helping them avoid relegation.

He lost his first three games in charge and although he has won three of five since, the team are still third-bottom of the league and in danger of going down.