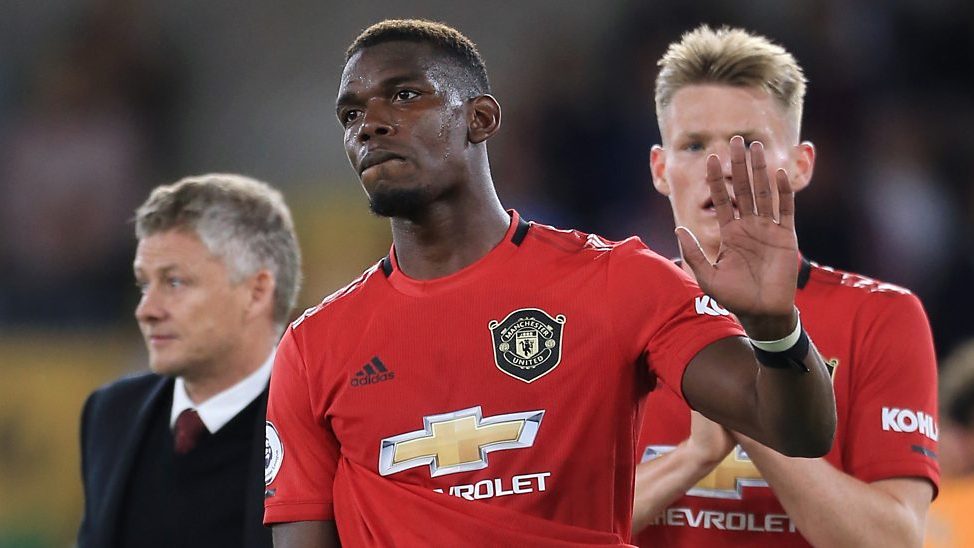 Manchester United’s management and players have rallied round midfielder Paul Pogba after the Frenchman was racially abused online after missing a penalty.

Pogba had a second-half penalty saved in the 1-1 draw with Wolves on Monday.

And following racist abuse directed at United’s record-signing by social media users, the club released a statement saying they are “working to identify” those involved and will “take the strongest course of action available” against the perpetrators.

“The individuals who expressed these views do not represent the values of our great club and it is encouraging to see the vast majority of our fans condemn this on social media also,” read a United statement.

“Manchester United has zero-tolerance of any form of racism or discrimination and a long-standing commitment to campaigning against it through our #AllRedAllEqual initiative.

“We will work to identify the few involved in these incidents and take the strongest course of action available to us. We also encourage social media companies to take action in these cases.”

Echoing the club’s stance, newly acquired centre back Harry Maguire said he was “disgusted” by the attacks and called on social media companies to do more to stem racist abuse online after teammate Paul Pogba became the third player in a week to be racially abused online after missing a penalty kick.

The England defender also suggested that social media users should have to verify their identity before opening an account.

Another United player, Marcus Rashford, who had given up the ball for Pogba to take the penalty also expressed support for the France midfielder on Twitter.

“Manchester United is a family. Paul Pogba is a huge part of that family. You attack him you attack us all,” England forward Rashford said.

There’s been in a spike in the number of incidents of online racist abuse directed at players with Chelsea’s Tammy Abraham and Reading’s Yakou Meite all subjected to vile racist abuse after they both missed penalties last week.