Joshua Back To Challenger Mindset For Ruiz Rematch 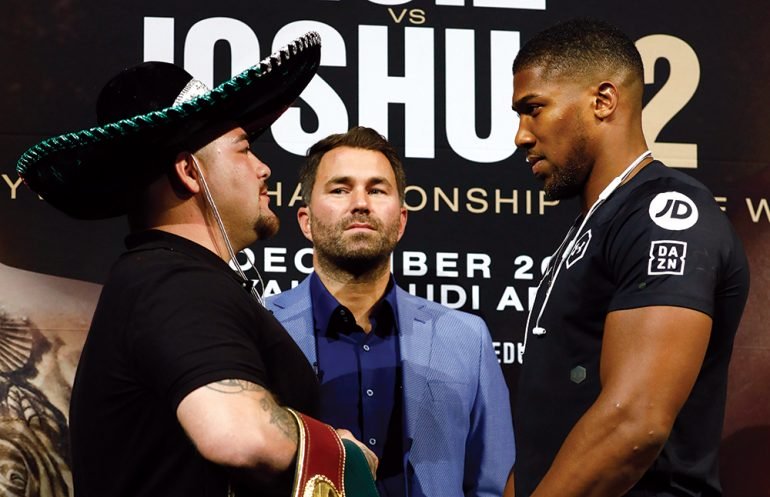 Joshua was contending for a maiden world title in just his 16th fight, twenty-eight months after becoming a professional boxer. It did not take Joshua more than two rounds to beat Martin and claim his first world title.

Joshua has gone to record 22 knockouts, one full-fight victory and one loss (during which he lost his three world titles to Ruiz).

“I call it back to my 16th fight. I’m hungry, determined and focused on the goal.

“There is no fear in my heart, no fear in my eyes and I’m really looking forward to putting on a show,” Joshua stated in a press conference ahead of the bout.

However, Ruiz is not ready to give up the IBF, WBA, and WBO belts in Saturday’s clash on the dunes.

“I made my dreams come true and made history,” he said. “I appreciate the supporters I have. I was surprised by how many fans I have here. I’m ready to rock and roll.

“I know AJ will come with a different game plan and is prepared and more motivated. I know he will try to box me around, but it’s my job to prevent that.

“I don’t want to let these beautiful belts go away. I will die trying and do anything that is possible to get that victory.”