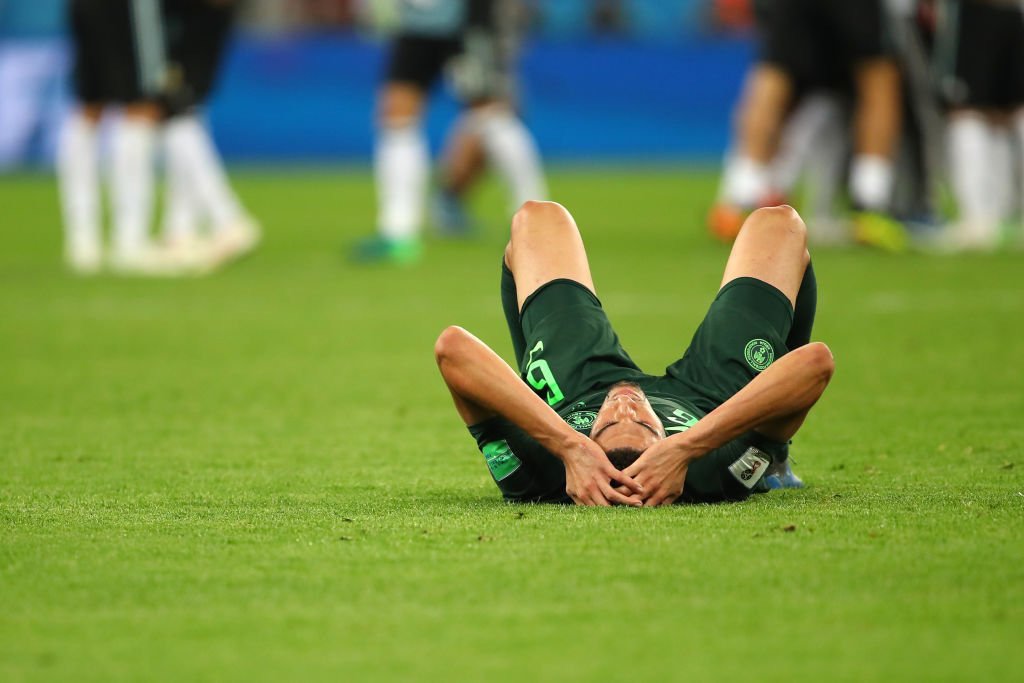 Super Eagles defender Leon Aderemi Balogun has taken full responsibility for his blunder in Nigeria’s loss to newcomers Madagascar in their final Group B game on Wednesday at the Alexandria Stadium.

Balogun had called for a pass from teammate John Ogu but failed to approach the ball and lost guard to quickly shield the ball from Lalaina Nomenjanahary who then slotted the ball cleanly into the net after rounding Ikechukwu Ezennwa who was making his Africa Cup of Nations debut.

In a tweet posted on Balogun’s official Twitter handle, he attributed his fault to being a human however taking full responsibility for the blunder which cost Nigeria the top spot in their group.

The Brighton and Hove Albion player, who had very limited playing time in the 2018/19 Premier League season with 8 appearances and scoring 1 goal, was making his 33rd appearance for the Super Eagles after being drafted with his more familiar defensive partner.

While the Super Eagles are yet to find out their opponent in the Round of 16, it is unknown if Balogun will feature in Nigeria’s coming match(es).

INSIDE AFCON 2019: Collins Returns to Eagles Squad as Rohr Assures Confidence in Selection
INSIDE AFCON 2019: Etebo Reveals His Most Prefered Position on the Pitch
WP2Social Auto Publish Powered By : XYZScripts.com
Translate »
Youtube