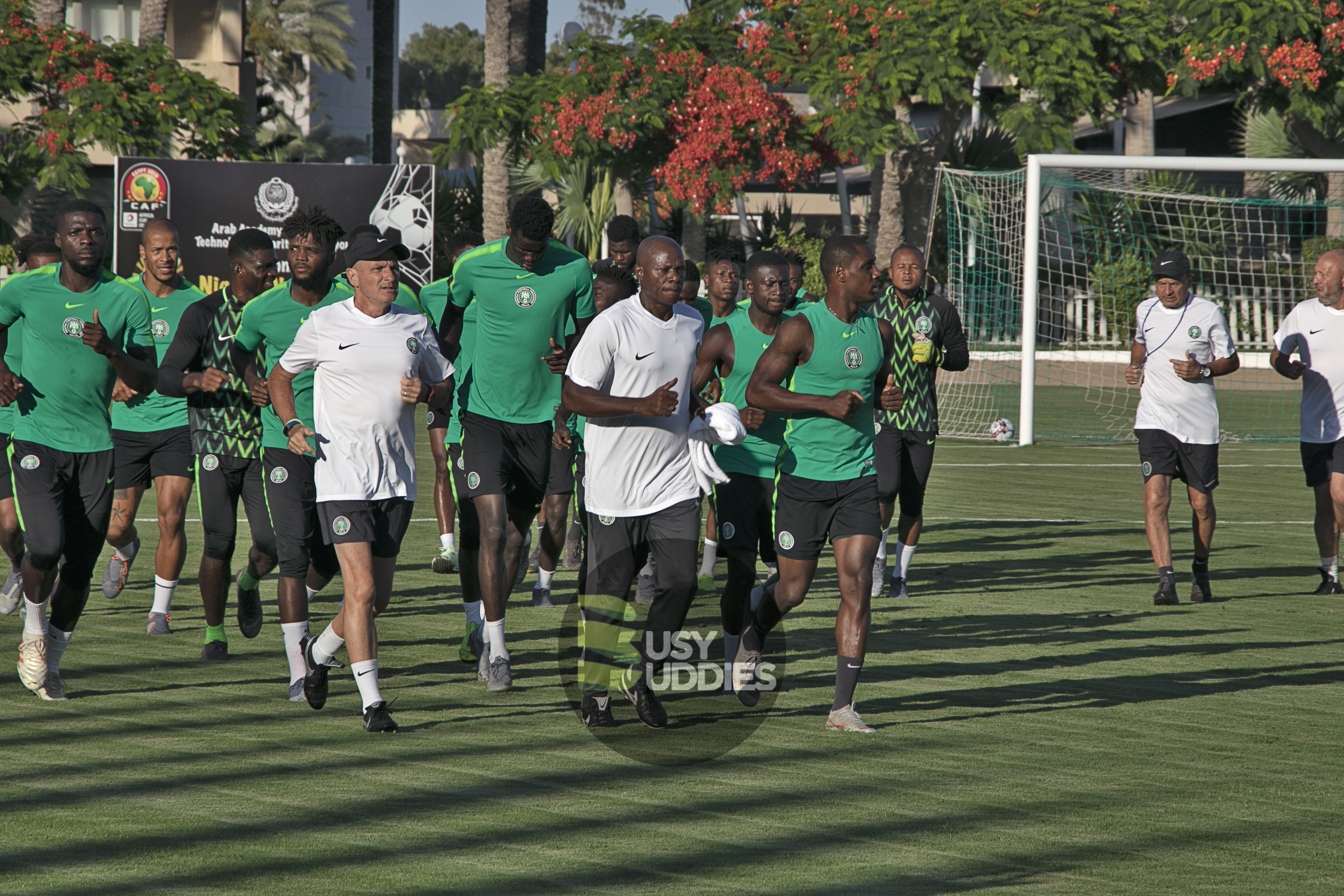 CAIRO – Super Eagles defender Kenneth Omeruo says his side will “stay smart and think ahead” in order to not fall prey to the underhand tactics North African teams are famed for when the Super Eagles take on Algeria in the semi-final of the 2019 Africa Cup of Nations later today.

North African sides at both club and national team level have developed a notorious reputation over the years across the continent for having no qualms about resorting to devilry and devious measures aimed at conning match officials in a bid to gain unfair advantage or get players sent off.

One such instance occurred in the quarter-final clash between Algeria and Ivory Coast on Thursday when Algerian left-back Ramy Bensebaini attempted to deceive the referee into showing Ivory Coast winger Wilfried Zaha a red card.

With Algeria defending a throw-in deep inside their own half, the Stade Rennais left back who was marking Zaha in the 18-yard box, attempted to deceive match officials by hitting himself in the face with Zaha’s arm.

As the pair contended for the ball, Bensebaini threw himself to the turf holding his face in agony, imploring referee Bamlak Tessema Weyesa to show Zaha a red card, but the referee took no action.

Omeruo says such antics are not entirely new to the game and that the team has been primed by head coach Gernot Rohr to strive to avoid situations where Algeria can feign contact in a bid to milk fouls, especially around the 18-yard box.

And given Nigeria’s frailty which has seen them concede two goals from set-pieces in the tournament, Omeruo says the Super Eagles must trust in their own qualities to outwit the Desert Foxes and deny them the chance of engineering set-piece opportunities through sly devices.

“One thing the coach has always said over and over again is ‘no fouls’ especially around the box because we have had two goals from these freekicks and they have been just easy freekicks,” Omeruo said.

“So, I think the best way is to stay focused, stay switched on. They are quick players we know and we are also quick as well so, we have to be very careful and make sure there is no contact especially around the 18-yard box.

“It’s football, it happens everywhere, attackers they try to cheat, they try to fall down to get fouls but the best way is to stay smart and think ahead before them.”