INSIDE AFCON 2019: Mikel Drops the Ball on Retirement Date (AUDIO) 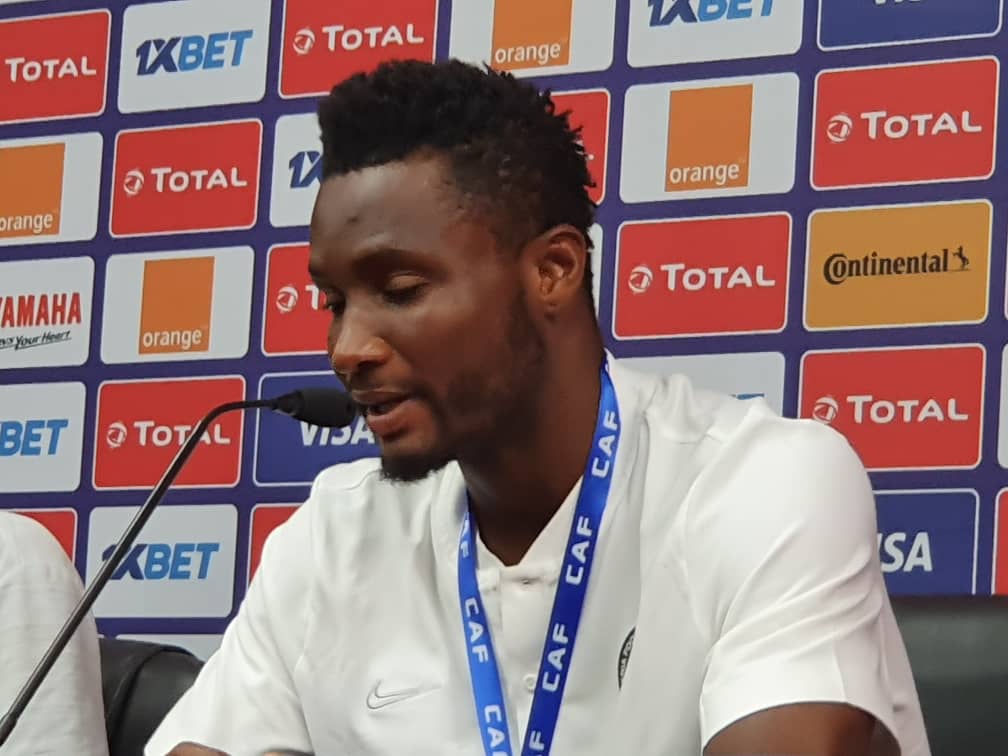 CAIRO – Super Eagles captain John Obi Mikel has indicated that the 2019 Africa Cup of Nations (AFCON) in Egypt would not be “a bad place to finish” and that he could call time on his international career after the tournament in a country where he made his AFCON debut 13 years ago.

The former Chelsea of England midfielder was responding to a question posed by busybuddiesng.com correspondent Kelechi Nkoro about his international future at the end of the tournament.

Mikel, 32, Nigeria’s most experienced player and one of only three players in the current squad to have played at an AFCON, made his Nations Cup bow as callow teenager as part of the bronze medal-winning Super Eagles squad to the 2006 edition hosted in Egypt.

And after a long and largely fulfilling career that has seen him amass close to 90 caps for the Super Eagles, the 2013 AFCON winner said he would love to do one better than 2006 and leave behind Nigeria’s fourth AFCON trophy as a parting gift.

“It’s not a bad place to finish! I started here, I finish here. Yeah, like you said 2006, I was young, my first year in the national team and my first tournament.

“It was a good one, we did well. We came third I think, so, this place has always been good to me, so hopefully this year and this time we can go a bit further and hopefully win the tournament.”

The former Lyn of Oslo midfielder also addressed his year-long hiatus from the national team which saw him fail to make a single appearance in the AFCON qualifiers. He had last put on the Super Eagles jersey in the 2-1 loss to Argentina at the 2018 FIFA World Cup in Russia and Mikel hinted that a lack of motivation was the reason behind his long absence saying he didn’t want to “disrespect the country” by playing without commitment.

Now that he’s back though, the midfielder who’s is currently without a club following the expiration of his short term deal with English Championship side Middlesbrough says his focus is on helping Rohr’s charges – the third youngest in the tournament emerge champions in what could well be his last tournament for Nigeria.

“I’m focused, like I said to the Coach, when I come to the national team, when I’m here, I always want to give my hundred and twenty percent for the team.

“If I’m not ready, I tell the coach that I’m not ready, I don’t want to come here and disrespect the country or disrespect the players. When I’m ready and focused and motivated I will come and give my all. And this is why I’m here but I’m not a hundred percent sure that this is my last one but maybe, maybe but we’ll see, right now I just want to help this young team to do well in this tournament and hopefully by God’s grace we can win this tournament.”