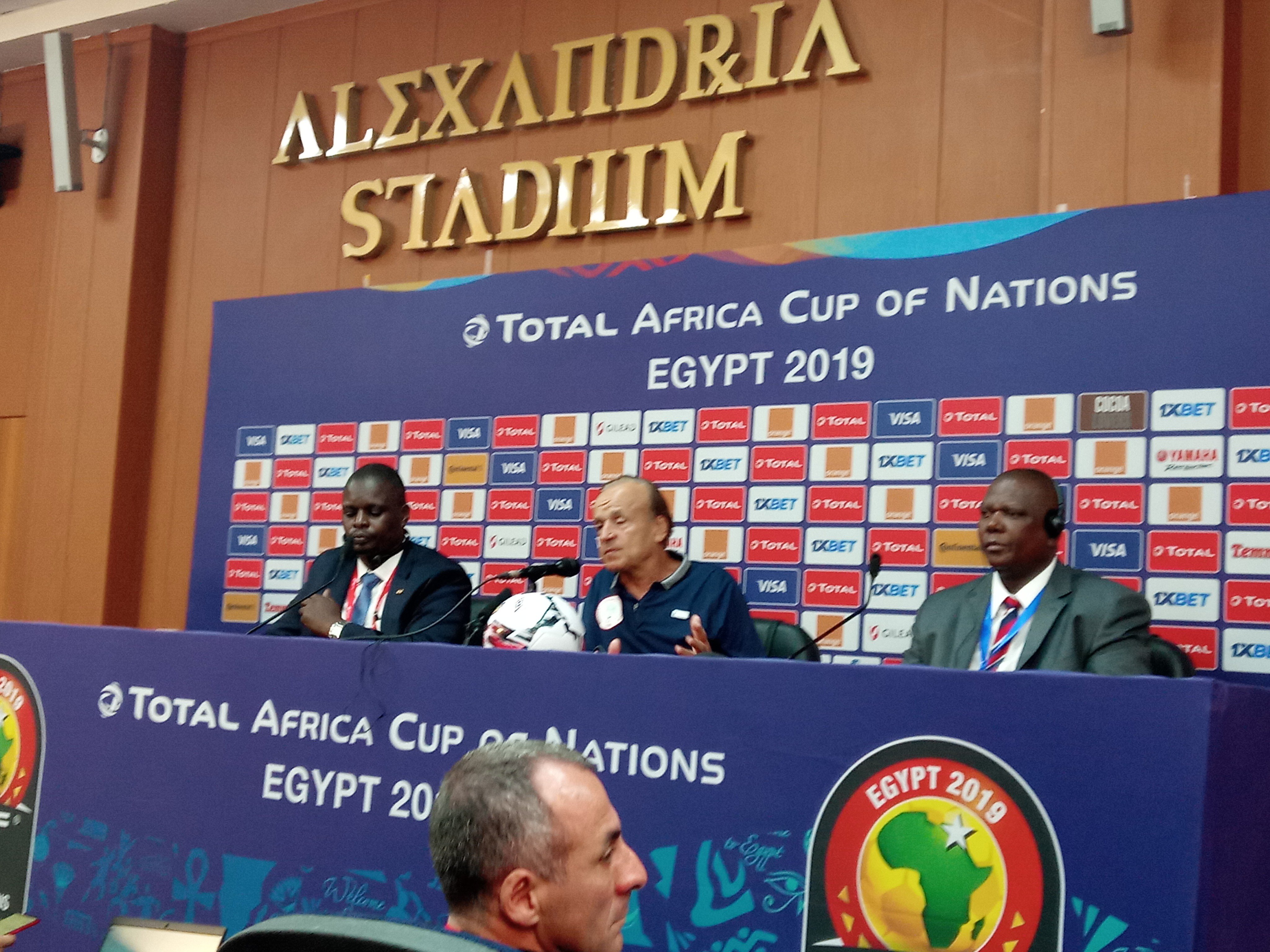 In the team sheet submitted to the press before the game, Daniel Akpeyi who tended goal for Nigeria in their first match against newcomers Burundi retains his spot.

Meanwhile, a bit of reshuffling has occurred in the backline with Chidozie Awaziem taking the full-back position while CD Leganes’ Kenneth Omeruo moves to the sweeper role. Ola Aina retains his spot in left-back while Leon Balogun starts from right-back, an unfamiliar position in a Super Eagles lineup.

In the midfield, all things remain equal with the Franco-German coach choosing to retain the same players he used against Burundi – save team captain Mikel Obi who has been dropped to the bench – Ogenekharo Etebo and Wilfred Ndidi in defensive roles while vice-captain Ahmed Musa plays behind the striker in a false nine role.

In what looks like keeping an ear to the ground, Rohr has chosen to start Wednesday’s encounter with Odion Ighalo upfront, Alex Iwobi on the left wing and returning Moses Simon on the left.

The Super Eagles face West African rivals Guinea in their second match of the 2019 AFCON at the Alexandria Stadium in Egypt by 3.30pm. A win for Nigeria, who currently occupy top spot in Group B after their win against Burundi and the 2-2 draw between Guinea and Madagascar, will see them qualify for the tournament’s first ever Round of 16 spot with a game to spare.