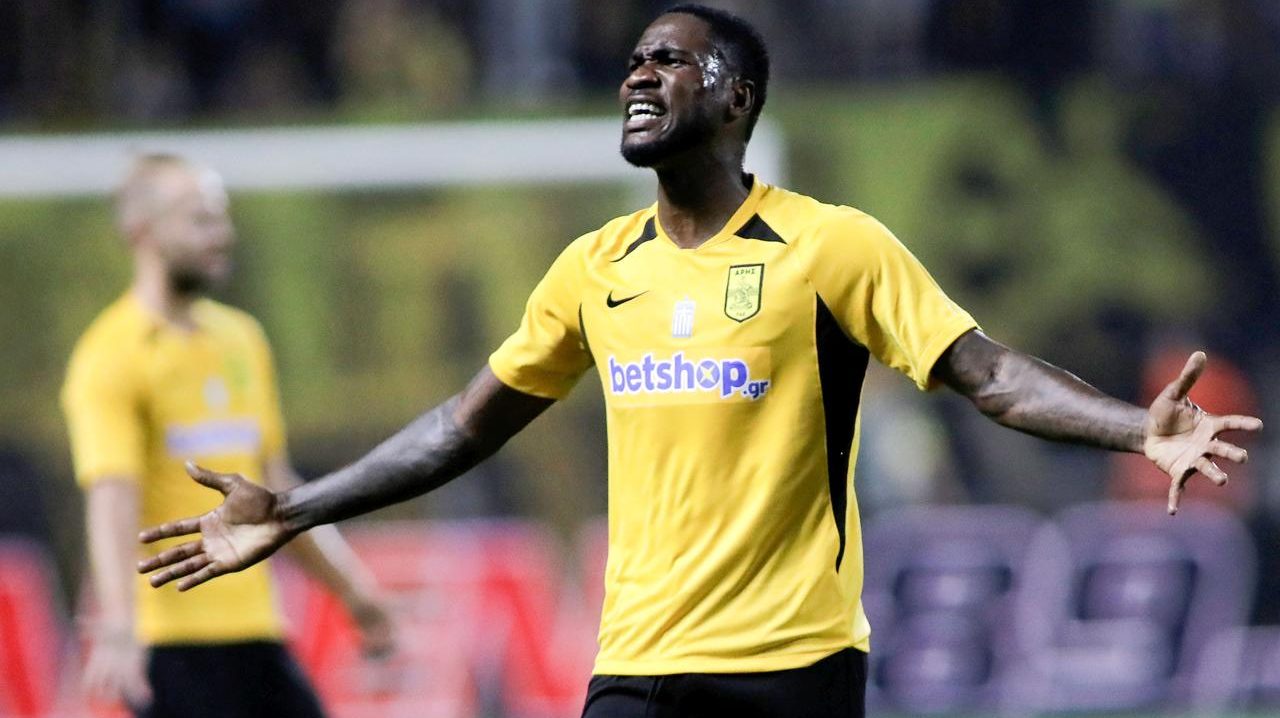 Nigeria striker Brown Ideye says his immediate focus is on his new Greek side Aris Thessaloniki rather than an instant return to the Super Eagles, a side he last played for in 2016.

The former West Bromwich Albion forward sealed a move this summer to Aris following a year-long layoff from football after falling out of favour at Chinese Super Liga outfit, Tianjin Teda.

Despite not playing for Super Eagles, with whom he won the African Cup of Nations in 2013, since featuring in a 2018 World Cup qualifier against Zambia in Ndola three years ago, the former Dynamo Kiev and Malaga player told busybuddiesng.com his primary target is to regain full fitness at club level.

“National team is the last thing I’m thinking right now. I’ve been out of the game for one year, and I’m not even thinking of coming back to the national team now. I want to focus on my club football, get myself back on track before I start thinking of that (return to Super Eagles),” he concluded.

The former U-20 (Flying Eagles) star has featured 28 times for Nigeria at senior level, scoring 6 times in the process.