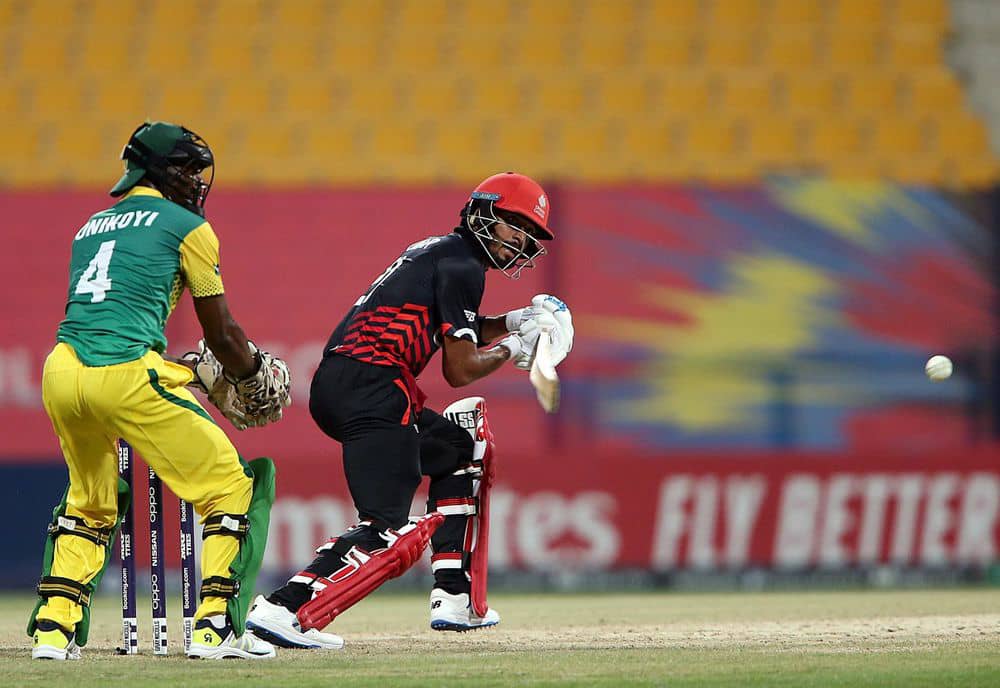 Nigeria’s national cricket team, the Yellow Greens, lost to table-toppers Canada by 50-runs in their second match at the ongoing ICC T20 World Cup qualifiers at the Zayed Cricket Stadium in the United Arab Emirates.

It was the second straight loss for Nigeria, the lowest-ranked team in the 14-nation competition after they lost their opener to Jersey by 69-run on Saturday.

In Monday’s game, Canada won the toss and elected to bat first racing to a decent 10 runs per over run rate.

The Yellow Greens, however, gained a footing in the game after a slow start with quick wickets from Chima Akachukwu while the spin pair of Ajekun Daniel and Sylvester Okpe reduced the run rate to just over 6 runs per over.

However, a late onslaught from Hamza Tariq saw Canada finish at 159 runs for the loss of 7 wickets in 20 overs.

In the second innings, Nigeria struggled in the early stages to piece together a decent partnership losing 2 wickets in only the second over.

Chimezie Onwuzilike and Suleimon Runsewe steadied the ship for a while before it all came crashing down. Nigeria finally settled for 109 for the loss of 8 wickets in 20 overs.

Chimezie Onwuzilike scored 39 runs off 31 balls and Sulaimon Runsewe with 27 runs off 27 balls were the best performers with the bat for Nigeria.

Nigeria will continue their bid to pick one of the World Cup slots when they play Oman on Wednesday 23 October.