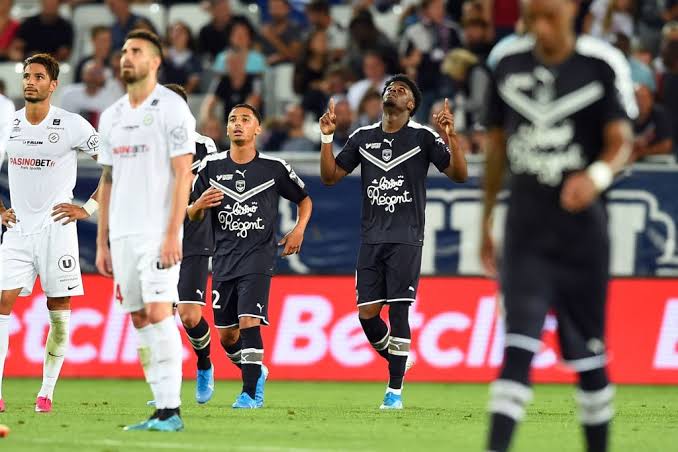 Maja opened scoring in the 24th minute after beating an offside trap and had to wait for Video Assistant Referee (VAR) to approve his first goal of the night.

He added to his tally 13 minutes later after been set up by French midfielder Yacine Adli.

The 20-year-old who made his debut for Nigeria in a friendly against Ukraine in August scored again in the 53rd minute to join the league of Victor Agali, John Utaka and Osaze Odemwingie – Nigerians who have scored more than three goals in a single game in France’s topflight league.

The Sunderland raised footballer who joined Bordeaux in January later set up Nicolas de Preville for a fourth before Brazilian Octavia completed the rout with a brace.

Last Saturday, Maja found the back of the net in his club’s 1-1 draw against Reims on the road.

The unfamiliar Nigerian hero is now the fourth best scorer aged 20 in Europe’s top five leagues after his most recent terrific display. Victor Oshimen (8), Jadon Sancho (5) and Kylian Mbappe (5) are the others who have scored more.

Maja’s Nigerian counterpart Samuel Kalu came off the bench in the 66th minute to replace Nicolas de Preville while Maja was substituted off by Croatian Toma Basic in the 75th minute.

Bordeaux are currently third in the table with 26 points and will face Olympic Marseille on Sunday.