Handball: National Division One Championship To Hold In Kaduna 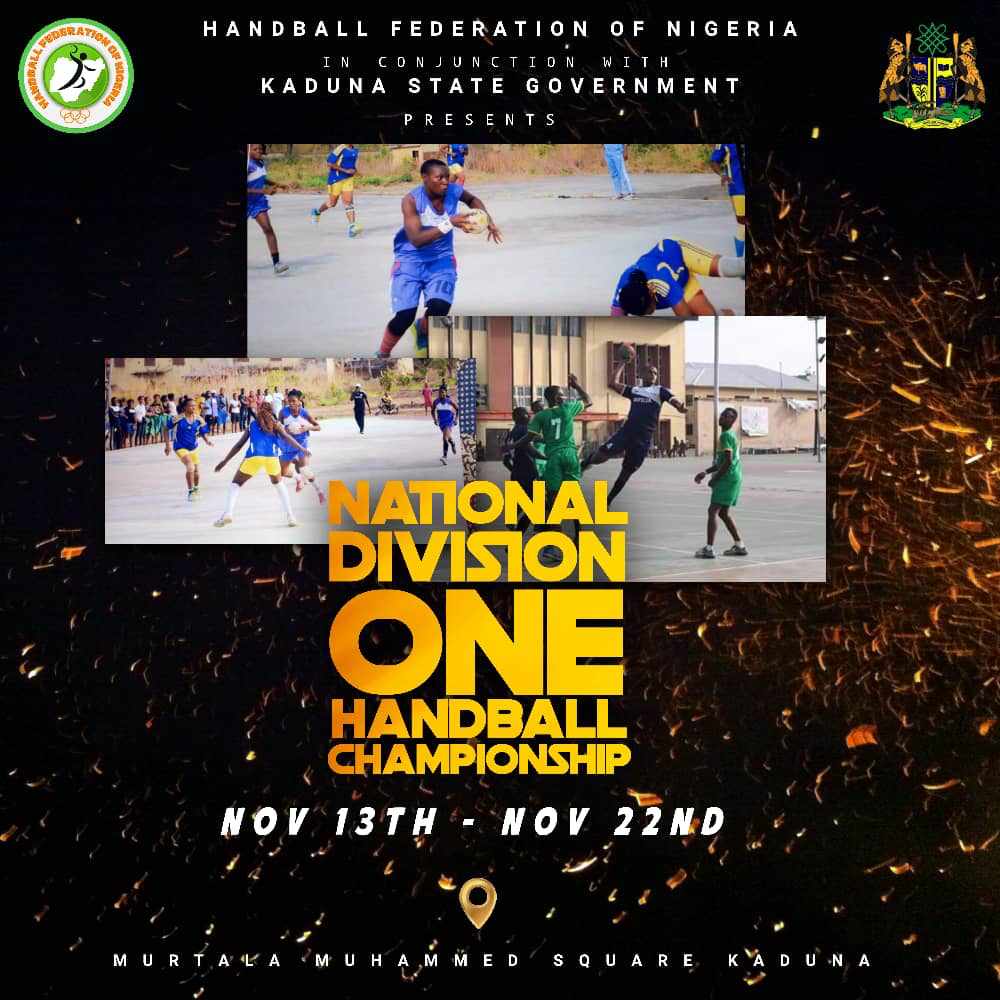 Kaduna State will play host to the National Division One Handball Championship from 13 to 22 November the Handball Federation of Nigeria has announced.

This is the first time that the National Division One Handball Championship will hold since it last held in 1993.

The tournament which is organised in conjunction with the host state will see twenty-five teams compete for the top honours and a place in next season’s Prudent Energy Handball Premier League.

HFN secretary general Maigidasanma Mohammed confirmed that 16 male teams and 9 female teams will participate in the competition which will hold at Muritala Muhammad Square.

The teams are expected to arrive Kaduna on Wednesday for pre-tournament registration before the commencement of the competition.

Handball Federation of Nigeria President Mr Sam Ocheho has urged the teams to be of good conduct and not to bring the game into disrepute.