Football Racism: Neville Reiterates Call For Players To Walk Off After Rudiger Incident 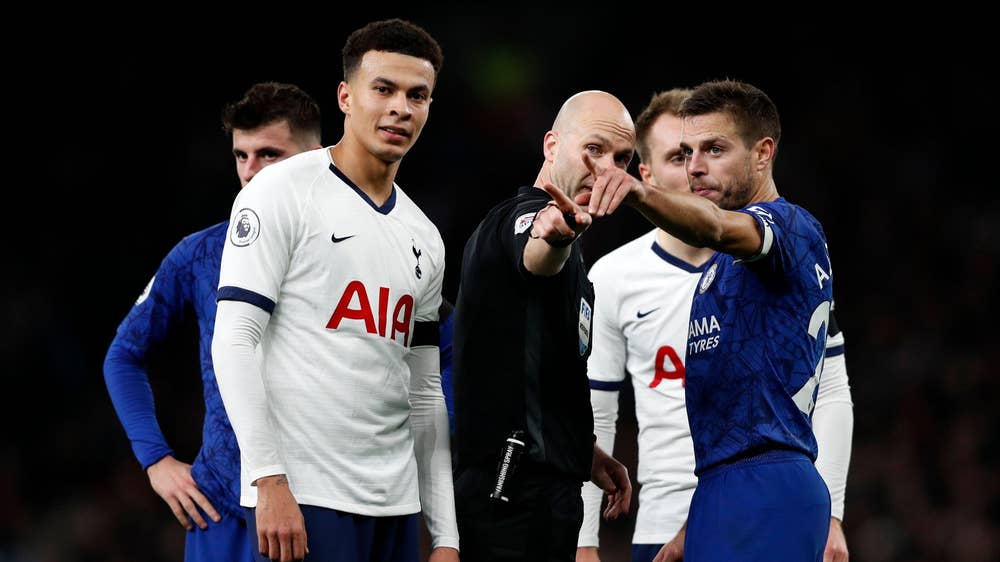 Former Manchester United and England defender Gary Neville again urged players to walk off the pitch unprompted in response to racist abuse after Chelsea’s Antonio Rudiger appeared to come under attack from home fans during the Blues’ 2-0 win at Tottenham Hotspur on Sunday.

A fan was seen directing a ‘monkey gesture’ at German defender Rudiger while an announcement aired three times over the ground’s public address system said “racist behaviour from spectators is interfering with the game”.

Tottenham promised they would undertake a “thorough investigation” after Willian’s first-half double saw Chelsea to victory in a fiery London derby where Spurs’ Son Heung-min was sent off for a needless kick at Rudiger.

An object was also thrown at Blues goalkeeper Kepa Arrizabalaga.

“Maybe we have to empower the players to walk off the pitch and stop the entertainment while it is happening,” said Neville, commentating on the match as a pundit for Sky Sports television.

Neville, meanwhile, said he regretted his failure to do more to support Ashley Cole when his team-mate was racially abused during a 2004 international friendly match away to Spain.

Neville, who said his inaction then might lead to accusations from current footballers he was now in an “ivory tower of a commentary box”, added: “Ultimately I would be ashamed of myself for not doing (it) 15 years ago as I would be absolutely proud of players for doing it now.”

Chelsea manager Frank Lampard was wary of walking off the pitch, however, with the ex-England midfielder saying “it needs to feel right”.

“It would depend what the players are feeling. If that moment comes it would be a group decision,” he added.

“We are not there yet so it is hypothetical.”