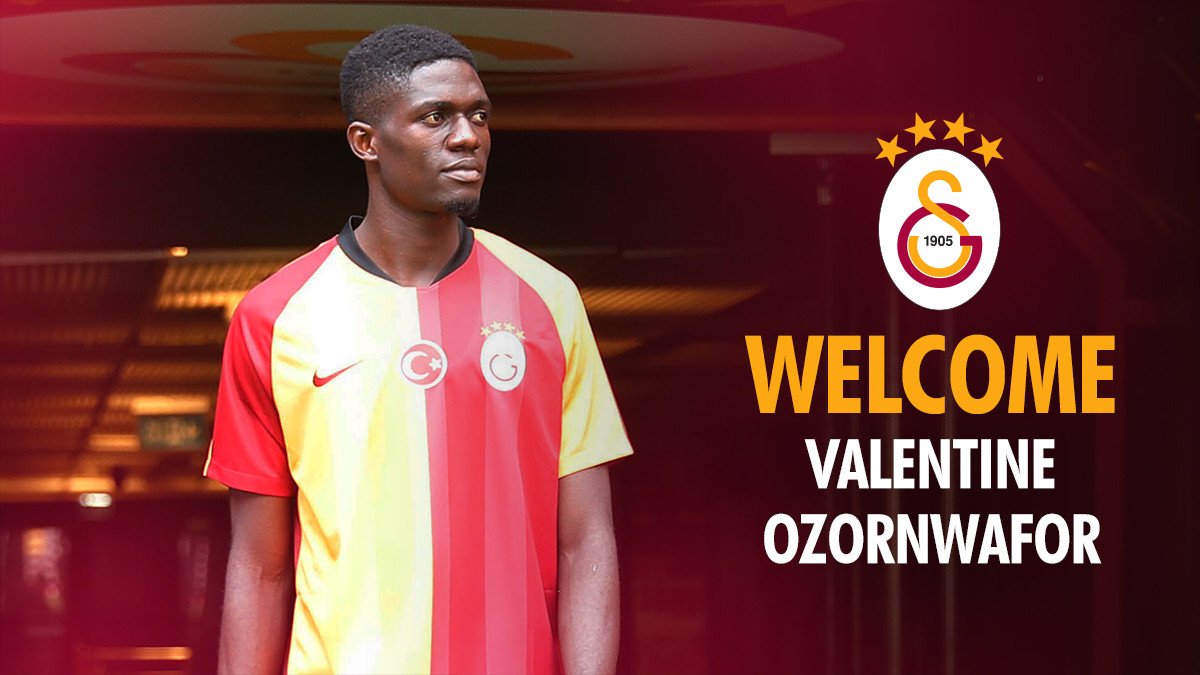 The promising youngster had been linked to The Lions after a stellar 2017/2018 season with current Nigerian champions Enyimba and a fine outing at the U-20 Africa Cup of Nations (AFCON) earlier this year.

The Super Lig leaders will cough out €300,000 for the 19-year-old’s transfer in a deal that will keep Valentine in their books for five years.

Reports have it that Galatasaray plan to include the youngster in their pre-season summer training camp before loaning him out to ensure he gains first-team experience and enjoys more playing time.

Valentine joins the long list of Nigerians plying their trade in Turkey as Galatasaray unveiled him alongside Ryan Babel and Adem Büyük in Istanbul on Friday.