FIFA U20 WWC: Pinnick Rules Out Nigeria’s Chances of Hosting Next Year, Assures on 2022 (AUDIO) 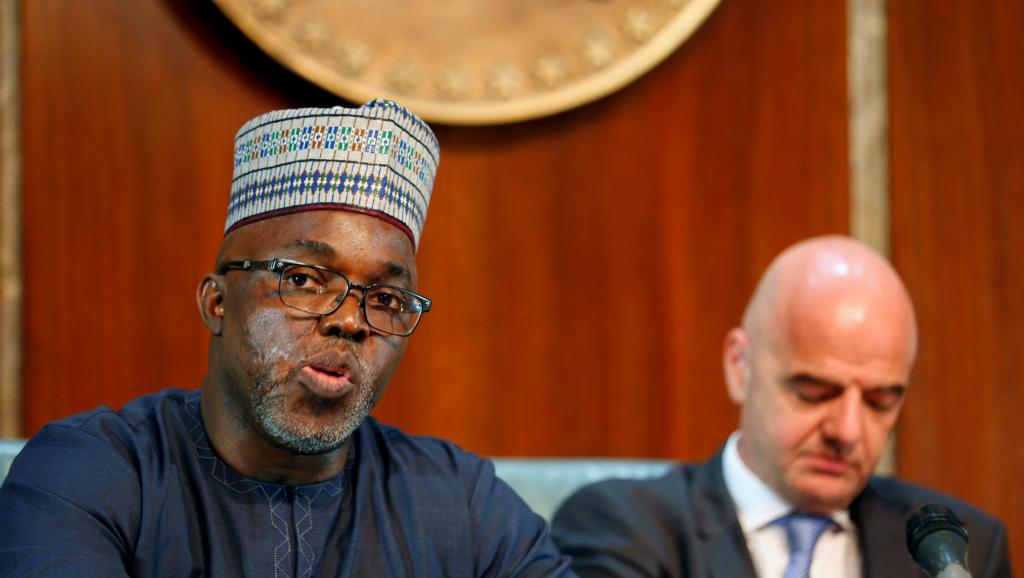 President of the Nigeria Football Federation (NFF) Amaju Pinnick has practically ruled out the country’s chances of hosting the 2020 edition of the FIFA Under-20 Women’s World Cup, citing inadequate facilities and funding issues.

The NFF boss who was on a programme on Channels TV monitored by busybuddiesng.com stated that, at the moment, the country lacks standard infrastructures like training pitches required by the world football governing body, FIFA.

Nigeria is bidding to host the 2020 edition of a tournament it twice finished as runners-up in 2010 and 2014. A successful bid would mean it will become the first African country to host the tournament.

Pinnick, a member of the Organising Committee for FIFA Competitions, also informed that the proposed host cities; Lagos, Benin, Asaba and Kaduna have all fallen short of the standard to host the 16-team tournament.

“If we are to use, let me say Lagos for example as the host city, we need eight training sites for the teams and two training sites for the referees. We have to start re-grassing, we have to start doing all those things,” Pinnick said in an interview on Channels TV. “Some are okay but FIFA has a standard that we cannot go below. Even if you are going to put the pitches in primary schools, they must have certain standards. And that is the truth.

“If, for example, today we have those eight training sites ready, I can tell you FIFA would have pronounced Nigeria (as hosts) today because, in terms of medicals, we are good. In terms of road infrastructures in some of these states that are designated (to host the tournament), it is brilliant. But it goes beyond that.”

After almost giving up on hosting the tournament next year, the former 1st Vice President of CAF, however, assured Nigerians that the country will be awarded hosting rights for the 2022 edition if the facilities are in place.

“In the next seven days, we are going to communicate to FIFA. We are very hopeful that FIFA truly and really is desirous of having us host this tournament, but because of those challenges, to me; reality check, I don’t think it is going to be likely,” he said.

“If we do not get this, I can assure Nigerians that we are definitely going to get the tournament for 2021/2022 from FIFA because FIFA sees Nigeria as number one, if not number one in the world because we participate in all FIFA events.”

A FIFA inspection team had visited the proposed host cities in Nigeria in August to assess the state of facilities on the ground. A decision on the host country was expected on 12 September but as of today, there has been no confirmation.

France hosted the last edition of the tournament in 2018 before staging the FIFA Women’s World Cup earlier this year.

Nigeria have participated in every edition of the biennial tournament since its inception in 2002.