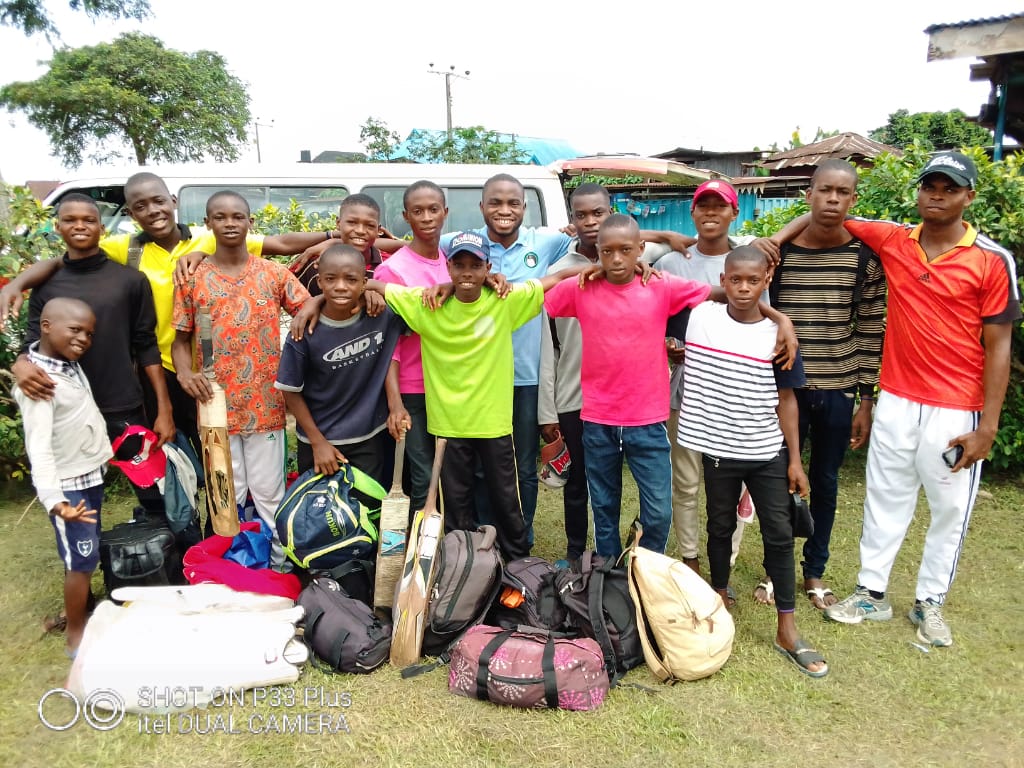 Players of the Akwa Ibom State U-15 Cricket team were neglected at the eleventh hour by the State’s Sports Ministry, as their bid to participate in the Zonal Eliminations of the National Youth Games got truncated on Thursday due to a paucity of funds.

The Zonal Elimination holds in different regions of the country and acts as qualifiers for the National Youth Sports Festival scheduled to hold in Ilorin later this year.

In 2019, Delta State was selected to host the Zonal Eliminations for the South-South zone, barely a year after Akwa Ibom hosted the qualifying event.

Busybuddiesng.com understands that the U-15 Cricket team, made up of secondary school students and one primary school pupil had been intensely training since January for the Zonal Eliminations and had been visited by officials from the Sports Ministry weeks before the competition.

According to the trainers of the team, they had been gifted the sum of twenty thousand Naira and promised full support ahead of the Zonal Eliminations by the delegation led by a Director in the Sports Commission of the State, Mr Iquaibom Lawrence.

Surprisingly, the tides changed on Thursday, August 15 – the day the team was scheduled to travel. Hours after both male and female cricket teams (like teams in other sports) had arrived at the Uyo Township Stadium with packed bags, information relayed by the coaches from the Sports Councils shattered the hearts of the young athletes.

The coaches said they had been mandated to go with only one team, rather than two (Male and Female teams), and cited “lack of funds” as the reason for the decision.

“Personally, I’m very hungry now. We have been here since 8:00am up till now. We’ve not heard anything from the Sports Council. We don’t know what’s really going on. We don’t know if we are travelling or not. We have just been stagnant here.” One athlete in the football team told busybuddiesng.com.

The expression on the faces of the young athletes was visible enough; many cried, others bowed in disappointment, a few cursed while some muttered words of regrets.  Busybuddiesng learnt that it was the sixth year teams looking to represent the State had been disappointed by the Ministry on the day of travel.

“It seems it’s their ploy. Every year this happens to some teams. It seems they just wait until the dying minutes to scuttle the hopes of these athletes and pocket the money meant for their travel after getting approval because there’s a budget for sports in the state.

“Where does the money go?”, A coach in one of the teams told busybuddiesng.com in anonymity.

“I was supposed to open a dry cleaning workshop this year. I planned very well. I kept the work and said okay after this prelims and competition I will (get to) open it. I spent my money on those boys. I trained them every day,” said Davis Awakessien.

Male team coach, Daniel Odudu John, revealed that he earns an average sum of Thirty Thousand Naira as an Artist per month but had paused every bit of his work to focus on coaching the team.

Fortunately, an Akwa Ibom indigene who described himself as a “friend to the team” while asking that his identity be hidden contacted this reporter with money in a bid to take care of the team’s trip to Asaba, as well as accommodation and feeding after arrival.

The entire team would later get the news the next morning and after the trainers made efforts to gather them, they set out for Asaba at 10:00am on Friday, 16 August with great joy.

However, another setback was in store for the team on arrival as the screening for athletes participating in the Eliminations had been concluded an hour before their arrival.

The team were left with little option than to head back to Akwa Ibom despite pleas by the female cricket team (who were already in Asaba) asking them to stay to help cheer them up after the demoralizing outcome of the screening which had sifted the best players in the team.

“The state we saw our female team down there, the main players of the team were been screened out of the competition. Their captain was screened out and since we left Delta State coming back to Akwa Ibom State today, she was crying. She could not come out to see us.

“The State took 15 players to the competition, three extras and twelve players to represent.  They are left with nine players and that’s not a [strong] team [compared to] Delta state and Edo State who have complete teams.

“Most of them were calling us that we shouldn’t have gone but should have stayed to cheer them up but we told them we don’t have where to stay or sleep and our feeding that’s why we left,” a member of the male cricket team told busybuddiesng.com.

The driver who conveyed the team to Asaba explained that he tried his best to beat traffic during the journey to ensure the team could meet up with the screening.

“Well, of course, me as the driver that took the players down there to Asaba, I try my best to meet up upon the go-slow, we beat the go-slow. As the driver, I had patience with them because I can’t leave them there and go. They just look stranded. I now wait but when they look left and right and there’s nobody, then they now say we’ll go. So, I now carry them to Akwa Ibom,” he said.

He, however, appreciated the anonymous sponsor who came to the support of the team at short notice.

“Whoever sponsored them, God will bless that person and the next tournament they have, I pray that God will open doors for them for them to scale through in Jesus name.”

What next for the Rejected 14?

Team Manager of the team, Davis says the team has another opportunity to compete at the Nigeria Cricket Federation competition scheduled for Rivers State from August 23 at the University of Port Harcourt.

“Our Cricket Board in Nigeria are trying to improve the game Cricket, (make it frequent) and make everyone know about the game. Our future now is that the Cricket Committee has made plans for another competition to come up on the 27th of this month. It’s going to be an U17 competition (and will) take place at Port Harcourt.” Davis said.

He went further to make a plea for a sponsor and observed that the same U15 team might likely be untouched ahead of the competition.

“We are still hoping that if we can see somebody that can help us. We want to go for that competition and prove to the world and Akwa Ibom State that we are ready to play because from what we have seen, the players that we took down there to play are the same players that will play at that U17. That’s one hope that we have.” He concluded.