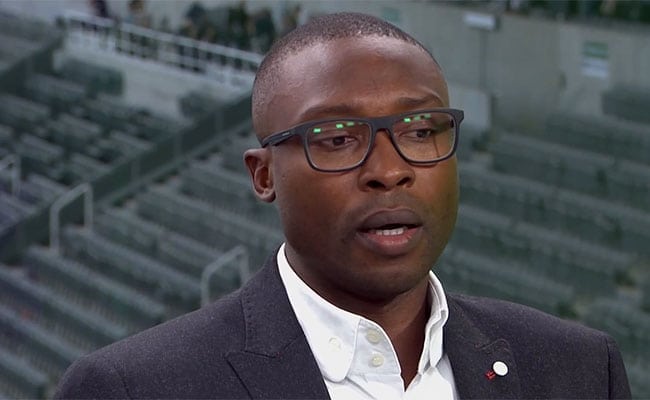 Van Dijk has been rock solid for Liverpool since his move to Anfield in January 2018, helping them in their quest for glory in the Premier League and Europe.

The Dutchman’s consistent performances this season has earned him recognition from his peers as he won the PFA Player of the Year award.

And Ameobi, while speaking on Stadium Astro was asked to name his most inspirational teammate, he unsurprisingly, went for Shearer, before comparing the former forward’s leadership qualities to that of Van Dijk.

“For me, it’s [inspirational teammate] got to be Alan Shearer,” Ameobi told Stadium Astro.

“He was a young boy and we’d seen him score loads of goals.

“And you compare him to van Dijk, making calls and telling us what to do on the pitch.
“He’s very vocal like that.”

Ameobi played alongside Shearer at Newcastle, scoring 76 goals in close to 400 appearances for the Magpies.

Alan Shearer is the all-time Premier League top-scorer, with 260 goals in spells with Blackburn and Newcastle.

“He [Shearer] was the heart and soul of this club [Newcastle], our leader,” he continued.

“He led by what he did on the pitch. His professionalism was second-to-none.

“Everything did he did with a purpose and he dragged us along with him.

“He expected a certain level on the pitch but everything else he did himself.”

Van Dijk has also been influential and has been key to Liverpool’s run to the Champions League semi-final – where they currently trail 3-0 to Barcelona.

They will hope for a change of fortune as they look to overturn a three-goal deficit at home this Tuesday.