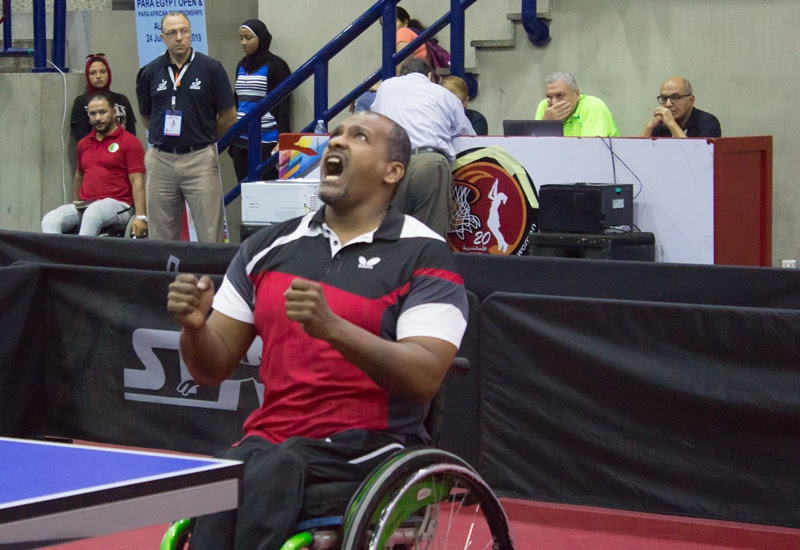 Egypt’s Mohamed Sameh Eid Saleh has become the first African para table tennis player to qualify for five Paralympic Games after the world number 11 avenged his group loss to Nigeria’s Isau Ogunkunle in the final of the men’s Class Four on July 1, 2019, to secure Africa’s sole ticket to Tokyo 2020.

Current African champion Eid Saleh had lost 2-3 to the unseeded Nigerian in the group stage of the 2019 Africa Para Table Tennis Championships holding in Alexandria, Egypt, but put that defeat behind him to triumph 3-2 in Monday’s match.

An elated Mohamed Sameh Eid Saleh admitted that this has been the toughest qualification for him having featured in previous four Paralympic Games.

“I am so excited that I will be going to my fifth Paralympic Games in Tokyo but I must admit that it was a difficult route for me this year. My opponent is a good player and I think he is still young and can still make it to the Paralympic Games. But generally, this has been the toughest qualification for me and I am so happy that I will [be] becoming the first African para table tennis player to compete in five Paralympic Games,” Mohamed Sameh Eid Saleh said.